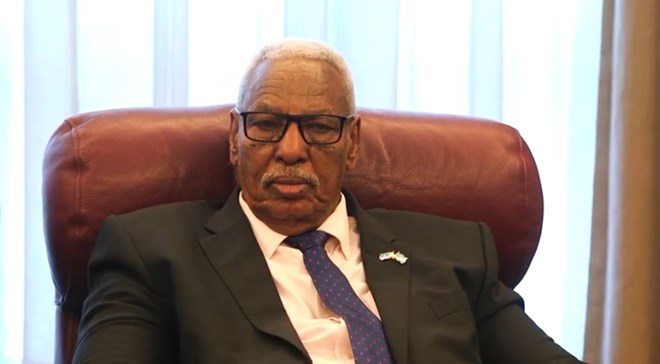 According to statement issued by Galmudug regional state in Somalia has proposed an emergency meeting whereby all Somalia regional leaders are invited to attend in order to held talks on the situation which is unfolding Somalia.

The press statement issued from the office of Galmudug President, Ahmed Du’ale Geele aka Xaaf has stated that Somalia’s Federal Gov has failed all the responsibility that were bestowed upon them by the populace.

It is said that the SFG officials are preoccupied in masterminding and destroying the Federal Constitution that has been agreed upon.

The gathering is about to take place in Dhusamareb, the seat of Galmudug and has sent a plea to the international community to keep a watchful eyes on the situation in Somalia as the country is about to enter a critical state.

Galmudug regional state has welcomed the appointment of new UN enoy to Somalia, James Swan, who was appointed recently by UN General Secretary.

The failure of Garowe conference led the regional states to put the blame on the SFG officials.