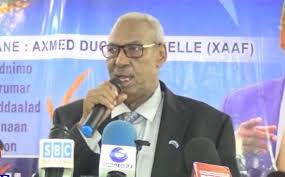 Galmudug regional state in Somalia on Thursday has announced that it has suspended cooperation with Somalia’s Federal Gov .

The regional state has accused of the federal gov of meddling its internal affairs.

It has also alleged that the SFG officials have embarked on well coordinated efforts to destroy the regional state authority.

In a press statement released by Galmudug authority has further stated that its authority has done all they could to strengthen ties with the SFG but the Federal Gov officials have put into operation infertile ideas which is intended to hijack the authority that the federal constituation granted to regional states.

The press release issued from Dhusamareb, the administrative seat of Galmudug further said that the SFG will be held liable to political instability and security that transpire within the state.

Puntland state of Somalia has recently broke off ties with the SFG and Galmudug has followed suit due to strained relations between the regional states and the SFG.

The incumbent Somalia president, Farmajo is now facing a lot of pressure from regional state leaders where ties have turned sour. 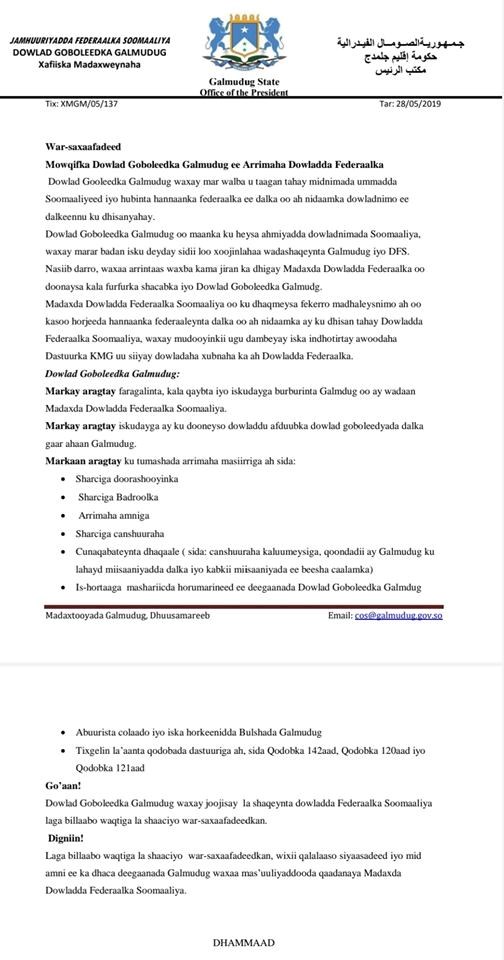