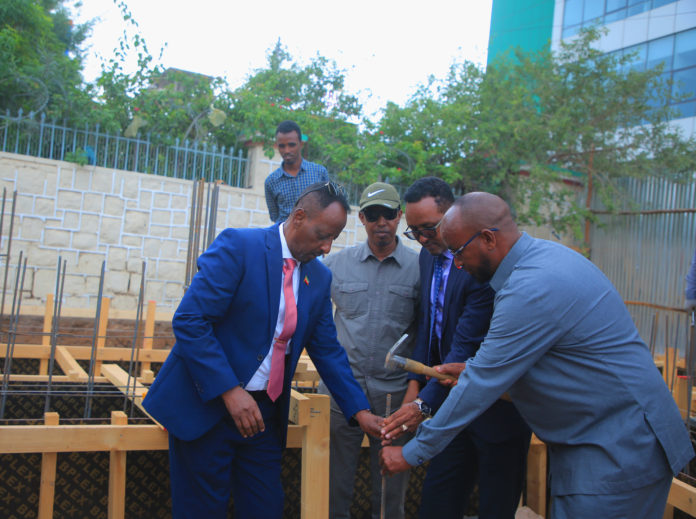 The director general of SL Presidency flanked by the mayor of Hargeisa and Marodi Jeh provincial governor have jointly laid the groundwork stone of new public space in Hargeisa and encouraged people to enjoy together during their spare time.

Mohmed Ali Biles said this is a sort of government plans to implement which includes the construction of the National Museum which is expected to officially open soon.

He believes the surrounding environment of the new public space will be more attractive.

Hargeisa Mayor, Abdikarim Ahmed Moge, stated that the nation’s plans will of public spaces will not be limited to this one but will implement other spaces earmarked for public to rest and relax across the capital.

The new public space allocated to be the opposite side of the would be the Nat’l Museum building of ex-Hargeisa public square.