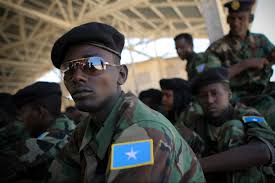 A large number of Somali troops was killed in the conflict in the war-hit Ethiopia region of Tigray, former deputy head of NISA has said as a new report implicates Somalia’s army in atrocities committed against Tigrayan civilians.

In an interview with BBC Focus on Africa, Abdisalan Guled said he believes that more than 10,000 Somali troops trained in Eritrea were deployed to take part in a fighting between allied Ethiopian and Eritrean forces, and Tigrayan rebels.

A former member of government-appointed Tigray interim regional administration confirmed to the newspaper that Somali troops had been present in the war-wrecked northern Ethiopian region and were part of abuses in the rebellious state.

Somalia’s federal government has denied that any of its troops were sent to Ethiopia to fight alongside allied Ethiopian, Eritrean and Amhara forces battling fighters loyal to the Tigray People’s Liberation Front (TPLF), the party that dominated Ethiopia’s politics for decades before Abiy came to office in 2018.

Last year, the United Nations and US officials confirmed that Somali soldiers moved from Eritrean training camps had been deployed in Tigray region where fighting erupted in November 2020.

Hundreds of parents held protests in Mogadishu and other cities across Somalia last year, demanding government explanation on the whereabouts of their missing sons, who had been taken to Eritrea for a military training.