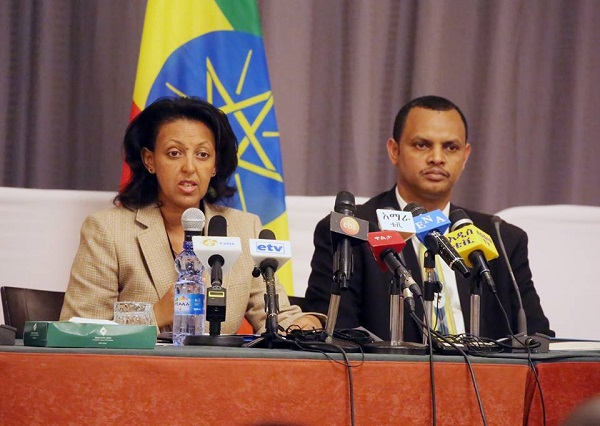 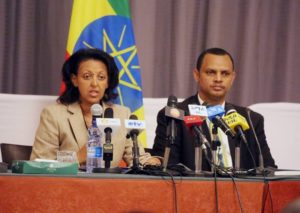 Addis Ababa September 19/2018 State Minister of Foreign Affairs Hirut Zemene has briefed the diplomatic community based in Addis Ababa on the current situation of the country today.

During the briefing, she said the government of Ethiopia, under the leadership of Prime Minister Abiy Ahmed, has been undertaking major reforms towards the widening of the political space, ensuring respect for human rights and the rule of law as well as media freedom.

“Despite these sweeping reforms, unrests have been witnessed in some parts of the country mainly aimed at destructing the current sweep of change,” she noted.

Furthermore, Hirut stated that the recent violence and attacks on innocent civilians outside of Addis Ababa in Burayu area and its surroundings constitute one of the attempts to disrupt the ongoing reform.

She revealed that the violence caused the loss of lives of 25 people and properties as well as displacement.

Following the violence in Burayu, demonstrations that were largely peaceful took place in the capital city. However, five lives were lost when security forces tried to defend themselves while some protesters snatched their guns.

The Federal police, along with Addis Ababa police and Oromia regional state as well as the local communities, have been working closely to restore peace in the areas, she said, adding that more than 700 suspects have been detained for alleged involvement in the turmoil.

“Currently the security situation in these areas is coming back to normal. This unfortunate incident is receiving overwhelming condemnation from all corners,” the state minister noted.

Hirut stressed that the government is committed to ensuring the prevalence of rule of law and the perpetrators will be brought to justice.

“In a large and diverse nation which is undertaking fast reform and measures, such challenges are inevitable and should not be taken as surprise,” she pointed out.

“We would like to assure the diplomatic communities and members of the international organizations that calms and normalcy will prevail as usual,” Hirut stated.

The state minister reiterated that Ethiopia will continue to play its parts in regional and global peace and security matters.