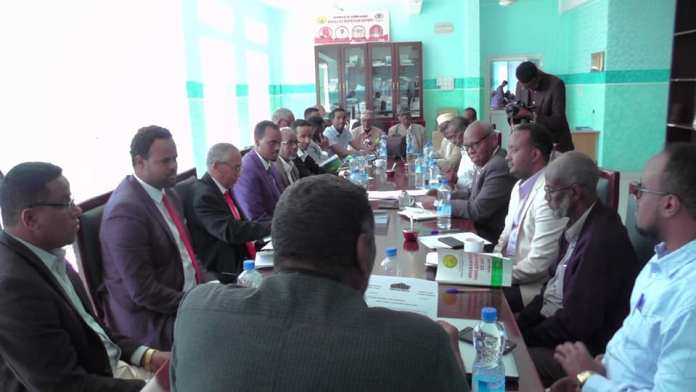 Minister of Finance Dr. Saad Ali Shire accompanied by Deputy Minister Md. Muse Ibrahim Yusuf and the Director General of the Ministry Md. Mohamed Abdi Gurhan today addressed the Finance Sub-Committee of the House of Representatives of the Republic of Somaliland.

Senior officials from the Ministry of Finance briefed the committee on the country’s finances in general and the 2021 budget in particular, which is currently before the House, and is expected to be approved by the House in the coming days.

Speaking at a meeting Mohamud Ahmed Obsiye, Deputy Chairman of the House of Representatives’ Finance Committee, said that the country’s economy is in good shape.

Among the things we praised in the budget were though the current situation in the country, enduring including the Covid 19 epidemic, which has led to a slowdown in the economy throughout the world, yet “This years budget shows increment reached in their efforts and we encourage them to work harder to improve revenue collection. At this point, I think there is no day when we are better off financially and budgetary,” he said.