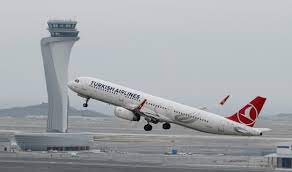 Djiboutian authorities detained ex-Somali Spy Chief Fahad Yasin on Friday after he was denied entry to Somalia’s capital, Mogadishu and Turkish Airlines flight he was onboard was cancelled and re-routed to the tiny nation of Horn of Africa. Somali Aviation authorities refused entry to Yasin, who had been relieved from all his duties by the incumbent Somalia PM Roble over his alleged involvement in the murder of Intelligence officer, following the orders of the PM. Turkish Airlines compelled Yasin to disembark at airport in Djibouti and Qatar Airways barred him from boarding a flight, citing warnings from Mogadishu authorities. The incident came just a day after Somalia’s president Farmajo said that he suspended powers of the Prime Minister to sack and appoint officials, a decision that Roble said was unconstitutional, and asked Farmajo to stop meddling the matters of the cabinet and the judiciary. A statement from Villa Somalia spokesman condemned the arrest of Fahad Yasin in Djibouti. Mr. Fahad Yasin was due to arrive in Mogadishu on Friday to participate national security council meeting on Saturday and would submit a report on the disappearance of female spy, Ikran Tahlil. The statement from Villa Somalia said that the arrest is illegal and undermines the brethren ties between the two countries. Djibouti is yet to comment on the arrest of Fahay Yasin, who is a controversial figure whose sacking sparked political crisis in Somalia