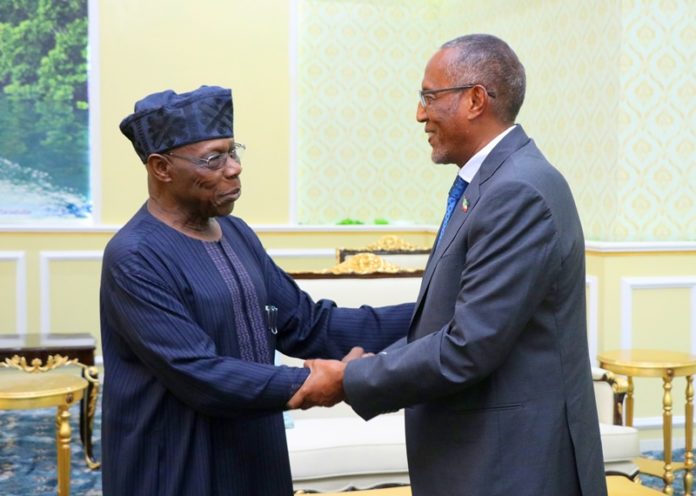 The former president of Nigeria, Mr Olusegun Obasanjo, has arrived in Hargeisa, the capital of the republic of Somaliland on Sunday. The chair of Brenthurst Foundation has received a formal invitation from the Head of State, Mr. Musa Bihi Abdi. The ex-Nigerian Head of State has been cordially welcomed by president Bihi at his office at the presidential palace. Mr. Bihi has expressed thanks for Obasanjo’s courtesy call to Somaliland.

Bihi has reminded that Somaliland populace won’t forget the fact finding commission that the African Union (AU) sent to Hargeisa in 2005 where he was the chairperson. The mission behind the fact finding committee from the AU was to get to know the case for Somaliland’s statehood and its quest for an international recognition.The tiny state has attracted the spotlight of politicians, leaders and senior states men from the African continent for the past 28 years. President Bihi has told Obasanjo that Somaliland is awaiting what they deserve from the AU which means to endorse its case for statehood and be recognized as an independent state.  Mr. Obasanjo served as Nigeria’s president from  1999-2007. He also headed the African Union (AU) from 2004-2006. The official visit of former Nigerian president will take two days where he is expected to visit and will hold talks with number of officials and government institutions. The deputy Somaliland president, Abdirahman Sayli’i, chair of Justice & Welfare Party (UCID), Faisal Ali Warabe, ministers of interior, public works, assistant foreign minister, SL representative to the AU, the mayor of Hargeisa and the director general at the presidency were all in attendance of the meeting between President Bihi and former Nigerian President, Obasanjo. 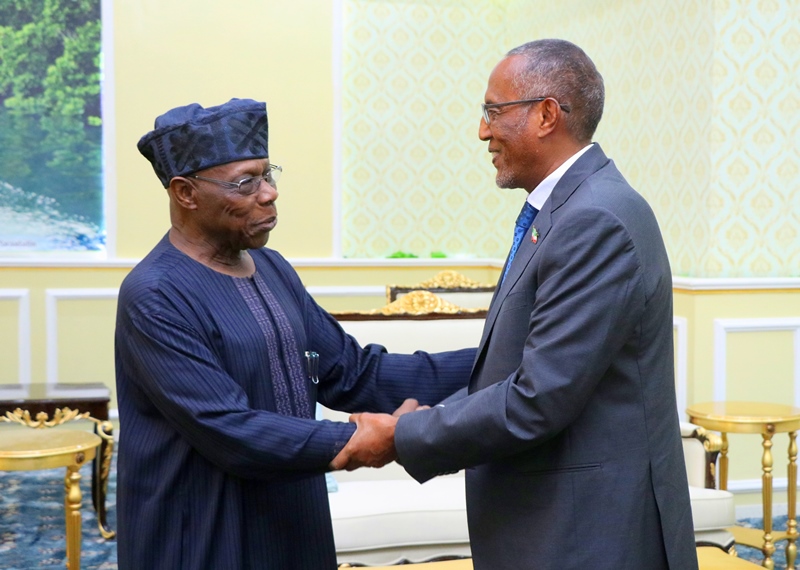 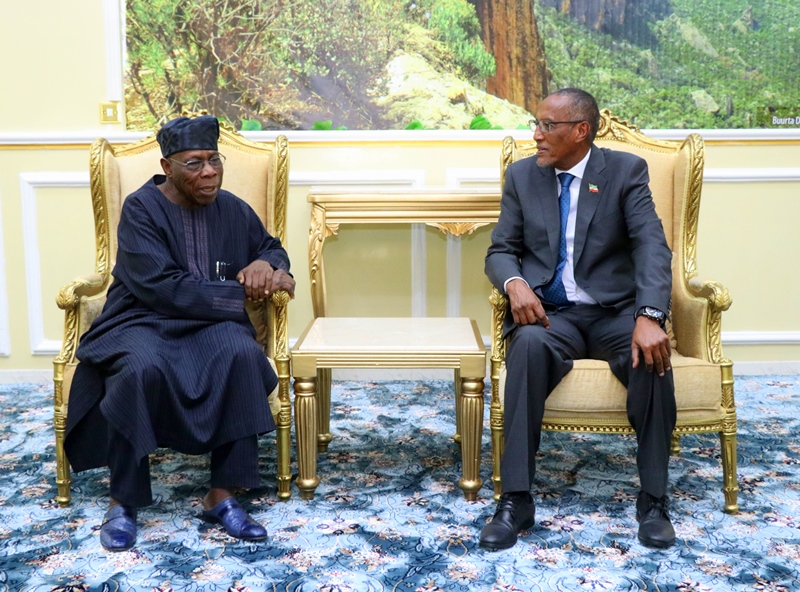 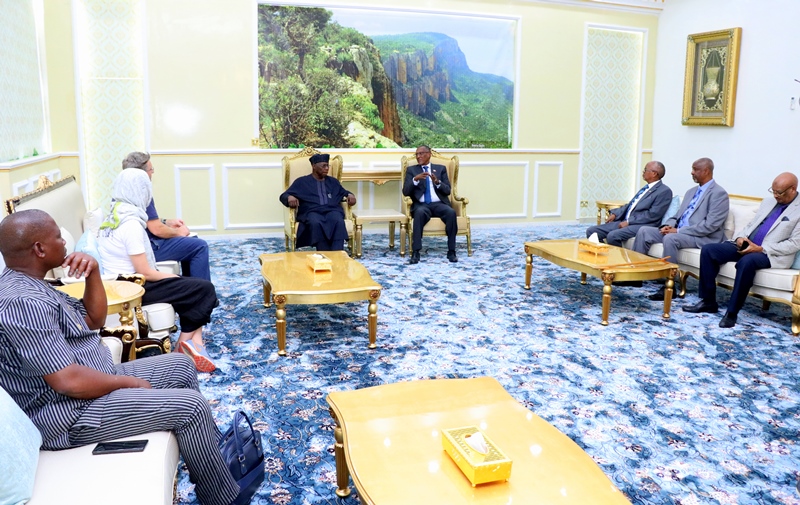 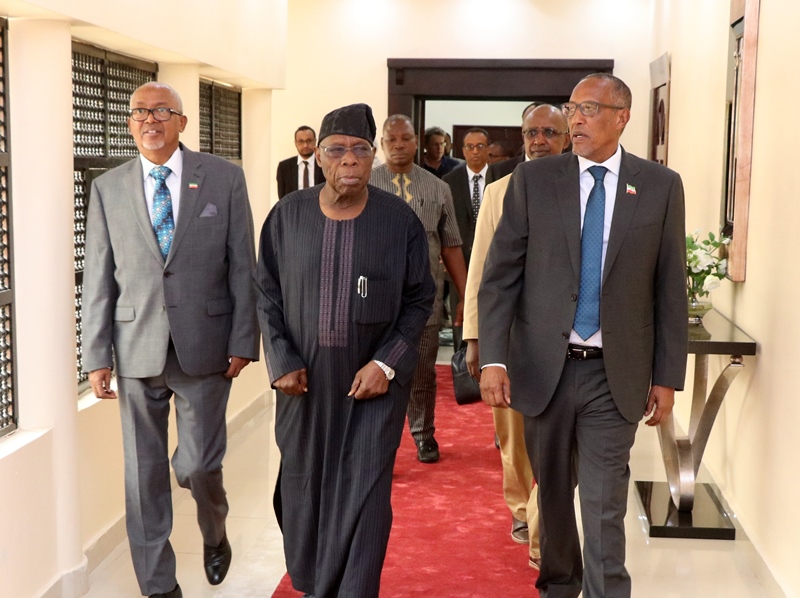 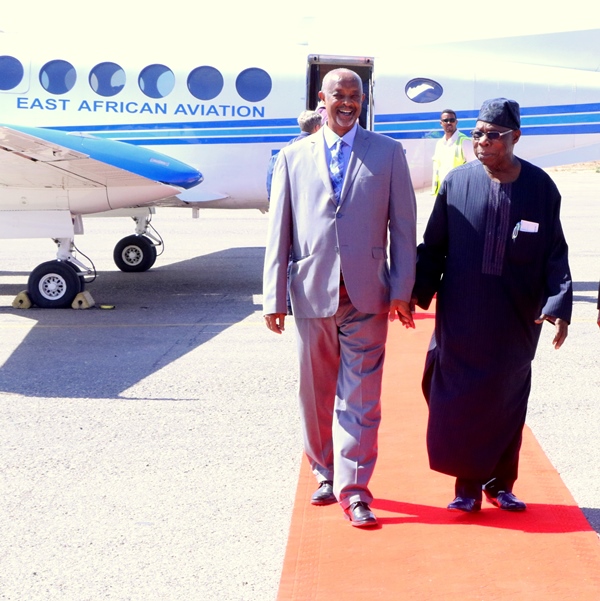 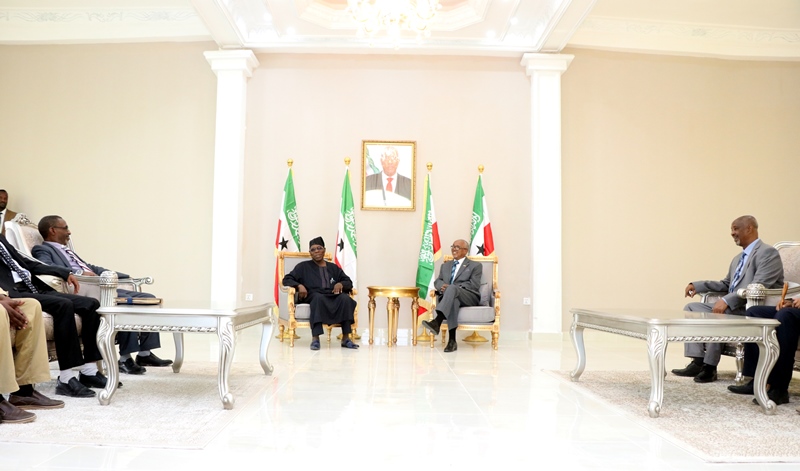 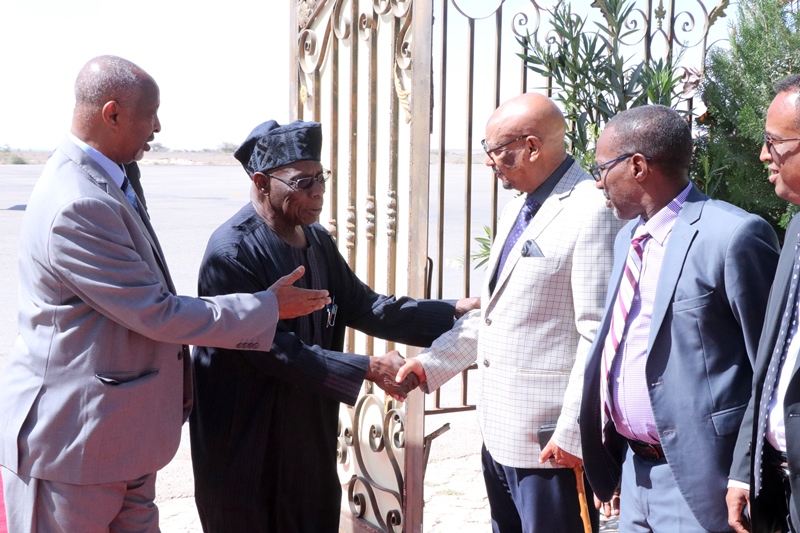