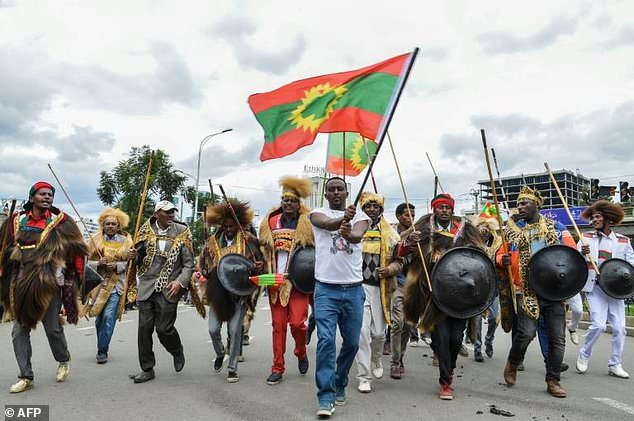 A rebel group popular with Ethiopia’s largest ethnic community on Friday accused the government of breaching a historic peace deal aimed at encouraging the organisation to return to the political fold.

The Oromo Liberation Front (OLF) said the authorities had failed to meet key provisions under the agreement.

In July, reformist Prime Minister Abiy Ahmed removed the OLF from a list of terror organisations, and two months later its exiled leadership made a triumphant return home.

The two sides also concluded a deal in August aimed at opening the way for the OLF to return to the political arena.

However, the accord has run into snags. The government has called for OLF fighters to immediately lay down their arms, and says some of them have been carrying out crimes.

The OLF denies this, and on Friday charged the government with failing to meet its promise of integrating its combatants into the armed forces.

“The OLF had agreed with the Ethiopian government on the formation of impartial security forces, inclusion of our fighters to security forces and the truth about our fighters and other Oromos who disappeared over the last 27 years,” OLF chairman Dawud Ibsa said at a press conference in Addis Ababa.

“None of the points have been respected.”

“Some of our fighters who have already entered into disarmament, demobilisation and rehabilitation camps have not been given the proper care, and we are prevented from seeing our fighters,” he added.

In 1992, the OLF broke away from the ruling coalition, the Ethiopian People’s Revolutionary Democratic Front (EPRDF), and then began an armed campaign against it.

The government’s heavy response spurred unrest in Oromia, leading in 2015 to the biggest wave of protests in a quarter of a century and eventually to the resignation of Abiy’s predecessor.

Ibsa has previously said that the OLF has around 2,000 fighters, in the south and east of the country.

On Friday, he said the OLF’s forces “won´t attack, but they reserve the right for self-defence.”

“The stationing of Ethiopian soldiers in our areas of operations has resulted in conflict between soldiers and with our fighters,” he added.

Abiy, appointed in April, has won plaudits for a flurry of major reforms.

They include the release of thousands of imprisoned dissidents and journalists, forging a peace deal with rival Eritrea, and unveiling plans to privatise state corporations.

But his image has been dented by ethnic clashes in Addis Ababa and remote parts of the highly diverse country, sparking fears that Africa’s second largest country could spiral once more into violence.