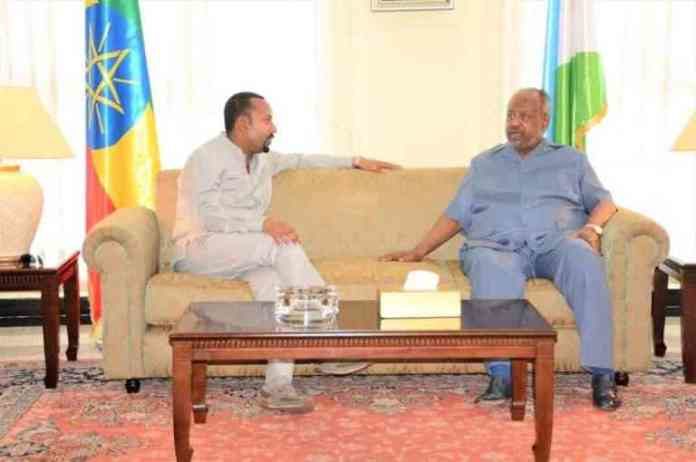 Ethiopian Prime Minister Abiy Ahmed is in Djibouti for an official visit to discuss regional issues and disputes over who should hold the chairperson of Intergovernmental Authority on Development (IGAD), following a recent meeting in Addis Ababa.

In a recent meeting of IGAD leaders in Addis Ababa, it was decided that Ethiopia and Kenya should exchange the IGAD chairperson and IGAD secretary-general.

Ethiopian Prime Minister Abiy Ahmed is the current IGAD chairperson. Kenyan President Uhuru Kenyatta is poised to take over from him.

For its part, Kenya will concede the role of IGAD secretary-general position, currently held by Mahboub Maalim, a Kenyan, to an Ethiopian.

The government of Djibouti has opposed the decision that gives the leadership of IGAD to Ethiopia and Kenya.

The Somali Federal Government has also previously sought the position of IGAD secretary-general and backed a plan to appoint its former foreign minister, Abdullahi Omar, to the position.