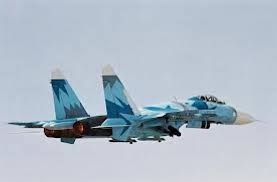 Ethiopia’s warplanes carried out fresh air strikes in south Somalia’s Bakool region on Saturday, a day after dozens of soldiers had been killed in a militant attack.

On Friday, Al-Qaeda-linked militant group Al-Shabaab said it had killed at least 150 Ethiopian Liyu Police paramilitary forces in an attack on the town of Ato along the Somali border with Ethiopia.

Ethiopian air strikes targeting rural villages near the town of Hudur in Bakool region have resulted in civilian casualties. A woman has been killed in one of the air raids, according to local media.