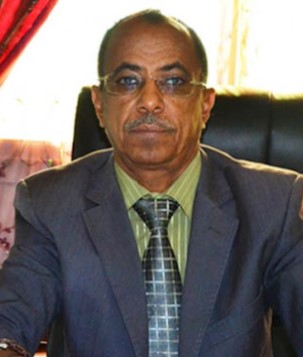 HARGEISA – Ethiopia has recalled its consul from the breakaway northern Somalia territory of Somaliland on Monday, an official says, in a move that analysts say could be a precursor for a diplomatic withdrawal from the enclave by Ethiopia’s government under the new reformist Prime Minister Abiy Ahmed amid a new regional political shift.

The development follows a second tripartite meeting by leaders from Ethiopia, Eritrea and Somalia which was in the Ethiopian city of Bahir Dar last week in which the three leaders signed a new agreement launching a new regional economic integration initiative, a groundbreaking move which has the potential to change the region’s overall political and economical interplay.

According to Ismail Suldan Abdirahman, a Somaliland lawmaker, Ethiopia’s consul general Bereha Tesfay left Hargeisa, Somaliland’s capital bound for Addis Ababa on a scheduled flight having informed local officials that he was recalled by his government without giving further details.

“I have no idea if Ethiopia will post him (consul) here again.” He told lawmakers.

Somaliland which maintains a representative office in Addis Ababa is yet to comment on the development which many say signals the beginning of an end to the informal diplomatic links that Ethiopia had maintained with Somaliland for years.

Ethiopia’s new prime minister Abiy Ahmed is reported to be planning to implement a new foreign policy including maintaining diplomatic relations with Somalia’s central government alone by dropping all relations with Somaliland which had declared a unilateral independence from the rest of Somalia in 1991. However, no country has so far recognized it as an independent state.

Losing relations with Ethiopia would be a significant blow for Somaliland and poses a problem as Somaliland seeks to maintain its international status. It will also leave it with a few allies across the region, raising fears of new political and economical isolations against it.

Somaliland’s relations with Djibouti also remains strained since it signed a port deal with the UAE’s DP World, a move which will challenge Djibouti’s virtual monopoly over maritime trade.

Meanwhile, Ethiopia’s possible diplomatic withdrawal from Somaliland comes just days after Horn African leaders vowed to respect the ‘sovereignty, territorial integrity and political independence’ of Somalia which had long sought to block decades-old bid for an independence by the northern territory, in response to requests by Somali president who accused Ethiopia of interfering his country’s internal affairs.

Responding to Somalia’s accusations against Ethiopia, prime minister Abiy Ahmed has in turn pledged a ‘full support and interference-free relations with the Somali central government, noting that his government would ‘stand by it as parts of a new chapter’ in relations between the two countries long characterized by mistrust and misgivings.

A spokesman for the Ethiopian government could not be reached for comment.