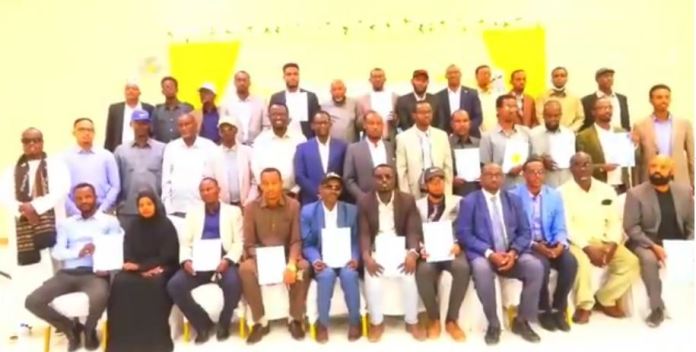 The Ministry of Interior of the Republic of Somaliland, in collaboration with UN HABBITAT and the JPLG Local Government Decentralization Project, has opened a training workshops in Eastern local governments of Burao, Las Anod, Buhoodle, Taleh, Aynaba, Erigavo, Hudun, Odweyne and Sheikh.

The training was officially opened by Togdeer Governor Mohamed Abdillahi and Director of Regional and Local Government Administration of the Ministry of Interior Mr. Mohamed Ali Mohamed, while officials from the JPLG Local Government Decentralization Project, UN HABITAT and other Regional & local officials attended.

The training, which will last for five days March 5-9, has been hold similar one to local councils in the western regions.

During the training elected local councils in Hargeisa, Berbera and Gebiley districts, learned about local leadership, which reflects their work in the community and how best to undertake.

The Ministry of Interior of the Republic of Somaliland, aims to improve the leadership skills of the country’s local councils.