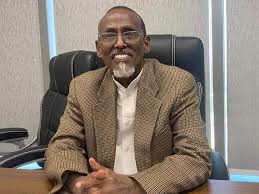 Renowned politician Dr. Mohamed Abdi Gabose has urged parents in the country to be wary of opposition parties calling for public demonstrations. He said this will put them in harm’s that way.

The seasoned politician also reprimanded the two national opposition parties for refusing to accept the registrations of new political. He said it was sad the opposition was against the constitution.

Dr. Gabose said it was citizens’ right to vote and to be voted into the domain of public service hence the opposition has aso right to go against the constitution.

Dr. Gaboose stated, “The article in the constitution gives the ministry of internal security powers to approve or deny the license for public protest. You want to hold a demonstration to the opposition to the registrations of new political parties, we will also hold our own protest, do you want us to fight? Who will come to intervene when the new political parties and the opposition fight?”

He requested parents not to allow their children to be used as pawns by the two opposition parties UCID and Wadani.