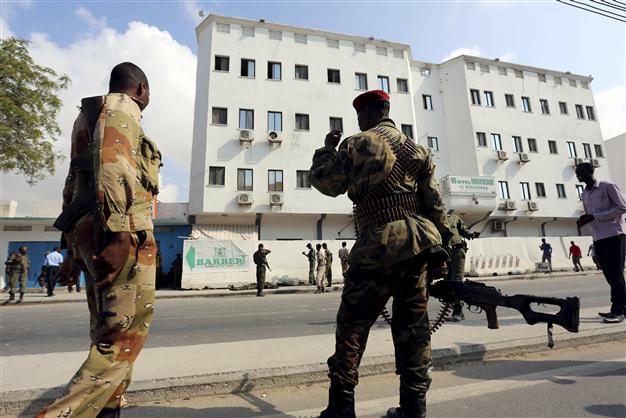 District official in Somalia’s capital wounded three civilians in a shooting attack in Kahda district, west of Mogadishu on Friday.

The official identified by local media as Abdi-wadud Sheikh Mohamed Ma’alow wielded a pistol which he used to shoot at three civilians in the district.

Some of the people have been rushed to hospitals in the capital sustaining life-threatening injuries.

Motive behind the attack has not been immediately clear and security forces continue an investigation into the incident.

The man behind the shooting has been arrested in a police station in the nearby district of Dharkenley where security forces are asking him questions about the attack.

Police have not commented on the attack, which comes amid deterioration of security in the capital as political wrangling between the President and his Prime Minister saps government’s attention from efforts to heighten security ahead of the upcoming elections.