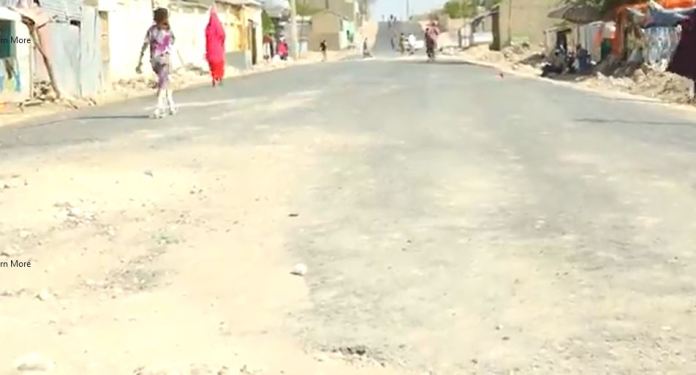 The different sections of the community living in Dami neighborhood of Hargeisa city, have welcomed the modern road that the local government of Hargeisa district implemented in their neighborhood.

Sultan Abu Sufiyan Mohamed Noor, one of the resident traditional leaders, thanked the City Council of the capital Hargeisa for the implementation of the road in the neighborhood, saying that no road like it has ever been built before in the neighborhood before.

He thanked the local government for prioritizing their road given that many more in the city were in dire need.

The Head of Gacan Libaah district in Hargeisa, Abdirisaaq Yusuf Ismail, praised the community living in Dami neighborhood for their willingness to work with the administration and officials of Gacan Libaax district.

He also urged the community of the area to protect the road by using it wisely, adding that it would greatly help the traffic and people and alleviate congestion for commuters.