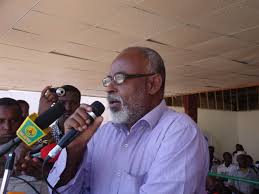 Colonel Ibrahim Abdilahi Dhagaweyne has blasted that the former Kulmiye led gov which initiated the dialogue with Somalia has committed an act of national treason. The Colonel has also leveled scathing accusations against the parliament of Somaliland which breached the country’s national constitution after it gave the green light and the go ahead to Silanyo’s administration to open talks with Somalia. Mr. Ibrahim has clearly stated that Somaliland should not have opened talks with Somalian Gov until it acknowledges the human atrocities committed against Somaliland populace in the 1988. Mr. Ibrahim took for instance the country’s constitution which banned Somaliland  gov sitting down with Somalian counterpart for dialogue. The barring of holding talks with Somalia was overwhelmingly passed by the joint houses of Somaliland parliament during Egal’s presidency. Somaliland gov under president Silanyo initiated the talks after the first Somali London Conference. Somalian and Somaliland counterpart leaders met in Dubai and signed (MOU) to continue the dialogue. The two delegations met in Istanbul and held a number of consecutive dialogue but the Somalian Federal Gov failed to honor the Turkish mediated talks outcome.