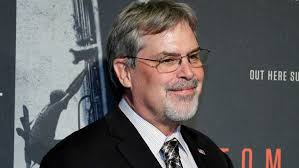 RICHMOND, VA. —A ship captain captured by Somali pirates and later portrayed by Tom Hanks in an Academy Award-nominated movie is scheduled to speak in Richmond this week.

Capt. Richard Phillips will be the featured speaker Thursday at the Boy Scouts of America Heart of Virginia Council’s annual Friends of Scouting fundraising dinner.

Phillips was the captain of the MV Maersk Alabama when it was hijacked in April 2009 off the east coast of Africa. He was taken hostage and beaten over several days before being rescued by Navy SEAL snipers who killed three of the four pirates.

Phillips later wrote a memoir, “A Captain’s Duty.” The 2013 movie, “Captain Phillips,” was nominated for an Academy Award for Best Picture.

The dinner will be held at the Greater Richmond Convention Center.