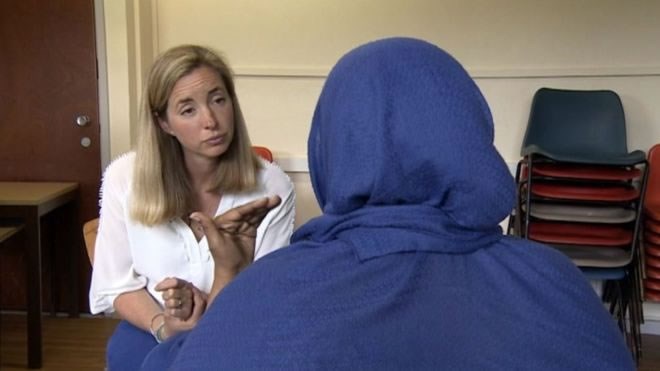 A 10-year-old girl from Bristol was stopped from flying to Djibouti from London because of fears she was at risk of female genital mutilation (FGM).

The girl was detained by police at an airport on Thursday and is now the subject of an FGM protection order.

Her mother said the family was being “treated like criminals” and they had “done nothing wrong”.

Bristol City Council said: “Where there is concern for the welfare of children and families we will act.”

The girl’s mother, who did not want to be identified, spoke to BBC correspondent Fiona Lamdin.

She said: “Why do I have to tell them where I am going? Why? We have no freedom of movement. We have done nothing wrong. I’m not going to send my daughter to an unsafe place.

“I have a sister who is five years younger than me and she hasn’t had FGM and she is a mum now, she has daughters and even my nieces they haven’t had any FGM so I wasn’t even thinking of that.”

Anti-FGM campaigner Nimko Ali said: “When it comes to FGM I think the key indicator is that children – girls specifically – are being taken out of school just before the summer holidays because that is the specific time when FGM risk is heightened.

“I can understand that the family is upset that their holiday plans might have been interrupted but I think the police and the border agency had a legitimate reason in order to stop a child being taken out of the country during term time.

“Ultimately, I’m actually really grateful and thankful that the police and border agency have put the child’s safety above that of community relations and walking on cultural eggshells.”

A Bristol City Council spokesman said: “Our commitment continues to be one where we put the safety of children and families first but to do so in an inclusive fashion supported by open dialogue.

“Agencies remain in communication with the family impacted by this case, and will continue to be so, to explain the action taken and the reasons why.”