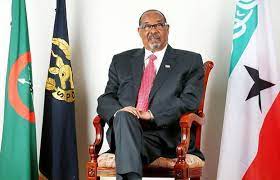 On Wednesday, October 26, 2022, a biographical book written about the former president of Somaliland, Mr. Ahmed Mohamed Mahmoud (Silanyo), will be launched.

The original Somali version book was written by Abdirahman Yusuf Artan, and has been translated into English by Roda Rage, and edited by Farah Hirsi.

The book dwells on President Silanyo’s time in politics and his achievements culminating in becoming the fourth president of Somaliland.

Together with the Silanyo biographical book, the Somali book titled ‘Hilaadin’ by Rashid Gadweyne will also feature at the launch during UK Somali Week festivals that kicked off on Saturday 22 October.