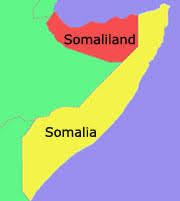 European Colonial Borders define nationalism, independence, statehood and diplomatic recognition of each country in Africa, Asia, and Arab World. Somaliland is not an exception. It inherited its Internationally recognised colonial borders from Somaliland British Protectorate as any other African Country did it from its colonising power. The borders of Djibouti, Somaliland and Somalia have internationally the same legitimacy and status for being all colonially-drawn borders defining their independence, territory and nation as the rest of Africa.

There are no clan or tribal borders in Africa but there are state or national borders only. Borders of countries are based on land, not on clan lineage or tribal origin. The territory of an African country is defined by its colonial borders, not by tribal lineage. Tribalists or unionists who think that they can divide Somaliland territory or bring it back to the doomed union are like one trying to fill bottom-cracked barrel with water. Any entity which tries to claim parts of Somaliland on the basis of tribal lineage or any country which tries to dismember Somaliland territory for aggression must be confronted to defeat such hostile attempt.

It would be good for Somalia and Somaliland to recognize each other to become two sisterly states sharing commerce, development investments, travel, military alliance etc. like the Gulf countries for prosperous, better future of their peoples instead of becoming two hostile nations in the Horn of Africa.