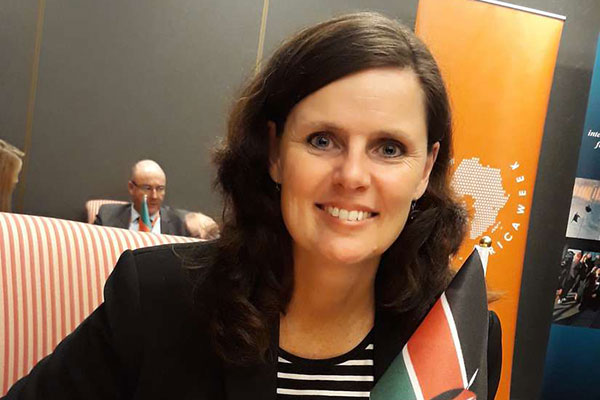 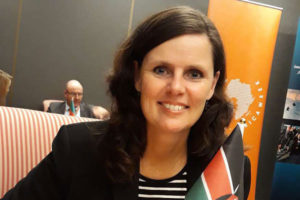 The Australian High Commissioner to Kenya, Tanzania and Uganda and ambassador to Burundi and Somalia, Alison Chartres. PHOTO | COURTESY

The Australian High Commissioner to Kenya, Tanzania and Uganda and ambassador to Burundi and Somalia, Alison Chartres,spoke with Halima Abdallah about her country’s interests in the region.

Australia is looking to African countries for bilateral relations, but its immigration rules are stringent. Is your government ready to make compromises?

The rules are stringent because we have had smugglers bringing in people in boats into Australia. We do not support any form of human trafficking.

That is why the Australian government is keen on ensuring that its border security is tight. Overall, our immigration and visa system are robust. Australia wants to protect its borders and its citizens.

However, the immigration system is fair. There is a huge African diaspora population in the country. We have a refugee programme. The Australian High Commission in Nairobi assesses applications from refugees from East Africa for resettlement. We also give students visas.

What are Australia’s interests in East Africa?

Food and beverages is another area of interest. We feel there is a growing market for Australian wine in East Africa.

Besides flowers, what other agricultural produce are you interested in from East Africa?

Avocado growers in Kenya have approached me recently asking about markets for fresh produce, but we do have those in Australia. We have a similar climate in some parts and that means we can grow fruits and vegetables, including bananas, pineapples and even macadamia. I am looking at gaps where Australia could import.

Maybe Australia could invest in value addition for coffee and tea in future, and become a market for Africa’s products.

We also want to promote the fashion industry in East Africa. I know there are women in Uganda making cotton bags for shops in Australia. This is small-scale, but I am sure there are opportunities, as Australians are keen on fashion.

Somalia and South Sudan have suffered prolonged conflict. There are also challenges regarding respect for the rule of law and human rights across East Africa. Is Australia positioning itself on these issues in any way?

Our mission is to support governments to be democratic, transparent and to protect and uphold human rights for every citizen, regardless of their race, gender or sexual orientation. We support open, free and fair elections in East Africa as well as across the world. Our role is also to ensure that there is a strong civil society and freedom of the press.

Where we see those steps being taken by governments, we certainly will support them. There are things we will speak out about together with other diplomatic missions. It is not for us to say that everything has to be smooth and perfect, because countries go through stages of democratic development and growth.

At every meeting, the indigenous people of Australia get recognised. Why is that still happening today?

The aboriginal people have been here for thousands of years so it is important for us to respect the original people of this land. Government departments and private organisations have reconciliation plans and strategies to promote the empowerment of indigenous communities.

Does it mean they continue to be marginalised?

There is obviously a history in Australia from the time of European settlements; things that happened, treatment that was not appropriate for original inhabitants, tragic events, policies and processes that happened.

The Australian government and communities across the country are now keen to acknowledge the existence of the Aboriginal people. From their history, how they preserved the land, their culture, to the need to keep their cultures and languages alive.