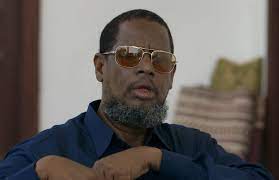 The General was a member of an opposition-aligned army faction that opposed an extension of President’s term in office and fought troops loyal to Farmajo in the streets of Mogadishu in April.

He has announced bid for parliamentary seat in a ceremony held just over a week ago.

On 21-12-2021 at 5:20 in afternoon, me and Mohamed Ali Shiekh walking inside Adan Adde Airport came under fire from the direction of Alpha Group’s (US-trained Security Force) camp at the airport and sniper rifles were used in assassination attempt against me, but Allah has saved me.”

General Yusuf Mohamed Siyad said in a letter addressed to the President, the military court and other government institutions.

Indho-adde claimed that he had been walking fast that made impossible for the shooters to hit them and called for an investigation into the attempt on his life.

“I hope that I will find justice from institutions to which this letter is addressed and others”, he added.