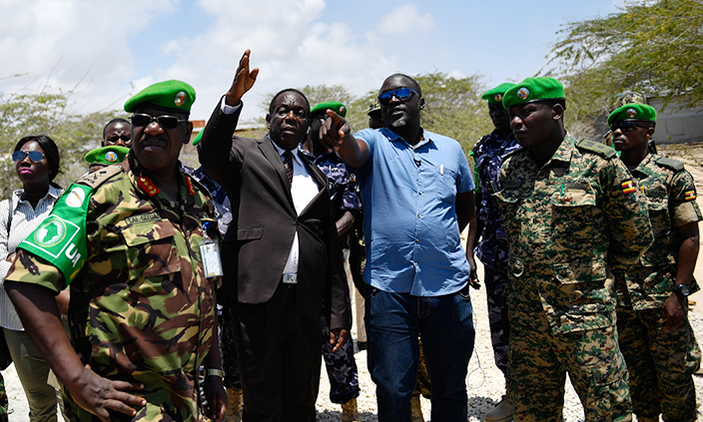 The 60,000 capacity stadium, Somalia’s biggest, will open its doors to sporting activities once its refurbishment is complete 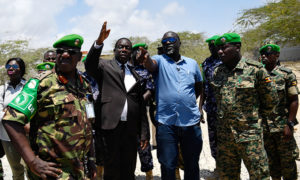 The AU Special representative for Somalia and the head of AMISOM, Ambassador Francisco Caetano Madeira, on Wednesday toured Jazeera II Camp in Mogadishu, to assess the progress made in the relocation and resettlement of military and police contingents, who vacated the Mogadishu International Stadium last August.

The contingents, which were previously hosted at the sports facility, relocated to Jazeera II Camp, pave way for the rehabilitation of the stadium, which had been occupied by AU troops since 2011, when they pushed out al-Qaeda affiliated terror group Al-Shabaab out of the capital city of Mogadishu.

While applauding the troops for the swift relocation, Ambassador Madeira who inspected new accommodation and kitchen facilities, noted the self-sacrifice and resilience demonstrated by the troops, who had to move to partially built accommodation at Jazeera II Camp, to free-up the stadium for reconstruction.

The 60,000 capacity stadium, Somalia’s biggest, will open its doors to sporting activities once its refurbishment is complete.

“We know that they have accepted to make the required sacrifice so that we could beat the timetable in order for us to transition the stadium from the control of AMISOM to the control of the Somali security forces,” Madeira noted.

The transfer of the management of the stadium to the Federal Government took place on 28th August, after an inspection tour of the facility by President Mohamed Abdullahi Mohamed.

A formal handover of the stadium’s assets to the Federal Government is expected to take place soon.

“I want to thank the contractors and UNSOS for having understood the urgency of relocating us to this place (Jazeera II Camp) and putting in place the required equipment for our soldiers to live in acceptable conditions,” Madeira observed.

He was flanked by the Deputy Force Commander in charge of Operations and Plans Maj. Gen. Charles Tai Gituai and AMISOM Deputy Police Commissioner Christine Alalo.