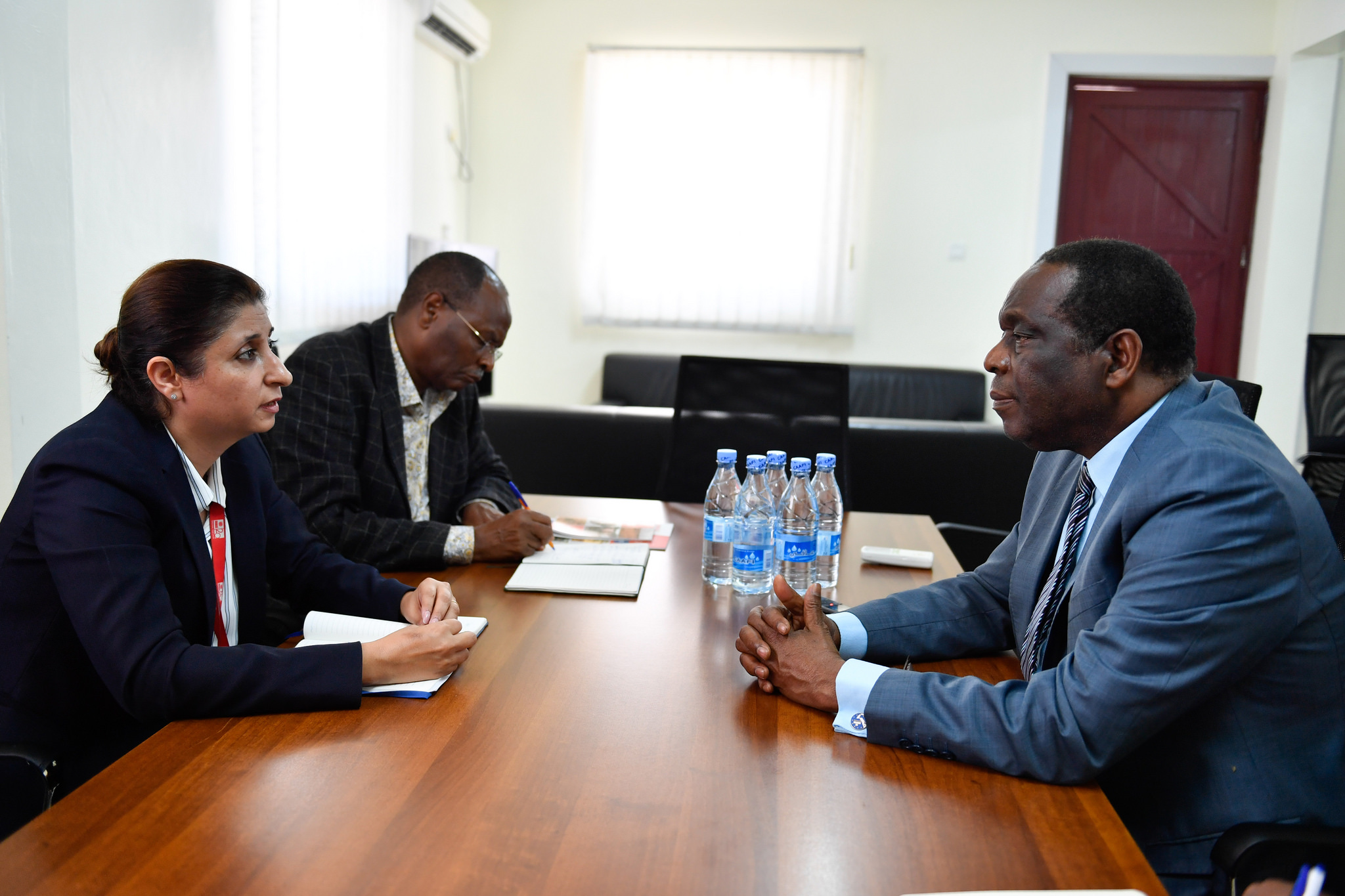 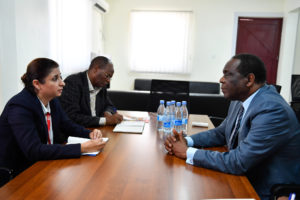 Mogadishu, 11 September 2018– The African Union Mission in Somalia (AMISOM) and the United Nations Mine Action Service (UNMAS) have pledged to strengthen their collaboration to effectively counter the threat posed by Improvised Explosive Devices (IEDs) to the country’s stability.

The pledge was made on Tuesday at a meeting between the Special Representative of the Chairperson of the African Union Commission (SRCC) for Somalia Ambassador Francisco Madeira and the new Head of UNMAS Somalia, Qurat-ul-Ain Sadozai.

Ambassador Madeira and Ms. Sadozai also promised to work closely with the Federal Government of Somalia (FGS) to tackle the use of Vehicle-Borne Improvised Explosive Devices (VBIED), which has become Al-Shabaab’s weapons of choice in the capital, Mogadishu, and other parts of the country.

The two officials noted that tackling the threat posed by IEDs was crucial to the implementation of the transition plan which will transfer responsibilities from AMISOM to the Somali government from 2018 to 2021.

“I look forward to us working together to tackle and eliminate the threat posed by IEDs. We are happy to join forces with UNMAS,” SRCC Madeira observed.

On her part, Ms. Sadozai reiterated UNMAS’ continued support to AMISOM and briefed the SRCC on initiatives being undertaken to counter the use of IEDs.

“There is need for us to work together to develop a more comprehensive approach to defeat the threat,” Ms. Sadozai who assumed office in July, this year, stated.

UNMAS is a section of the Department of Peacekeeping Operations, formed in 1997, to serve as the United Nations focal point for mine action. It seeks to rid the world of the threat of landmines and unexploded ordnances.