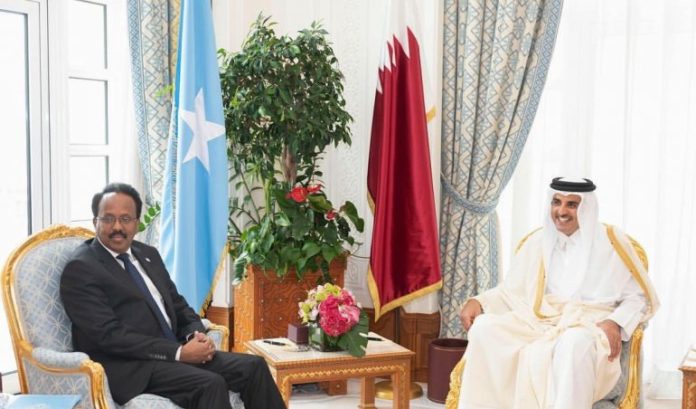 Doha: The Amir H H Sheikh Tamim bin Hamad Al-Thani discussed with President of Somalia Mohamed Abdullahi Farmajo the strong bilateral relations between both countries and ways to boost and develop them in various fields.