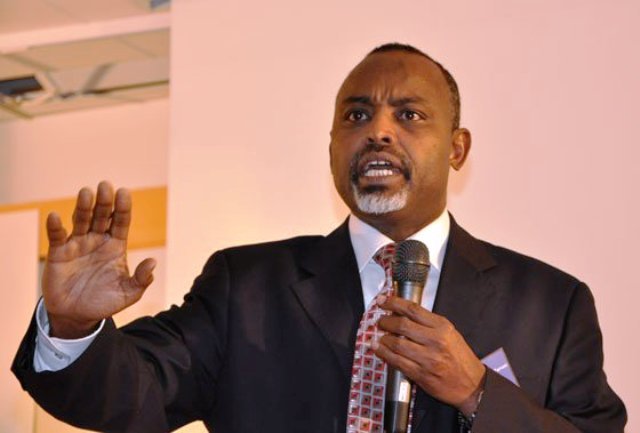 The Somali Ambassador to Kenya, Mohamud Nur Tarsan has returned to Nairobi late on Tuesday after two months out of the country following his expulsion in February by the Kenyan government.

Relations between the two countries soared in February after Kenya— alleging Somalia on auctioning oil blocks within the disputed maritime area— recalled its ambassador to Mogadishu and told the Somali envoy to leave.

This was after Somali government insisted to go forward with its case against Nairobi at the International Court of Justice (ICJ) which Somalia filed in 2014. Nairobi preferred the case be withdrawn and the dispute resolved through negotiations.

Discussions facilitated by Ethiopian Prime Minister, Abiy Ahmed led the two nations’ leaders to convene in Nairobi in March and agreed to resolve the diplomatic row by allowing return of relations and settle any differences through peaceful.

On 3rd April, Kenya’s Foreign Affairs Cabinet Secretary, Monica Juma met her Somalia Counterpart, Ahmed Awad Isse in Nairobi and officially declared that they have agreed to normalise relations between the two neighboring countries as the “first step” of addressing their differences over the maritime borderline.