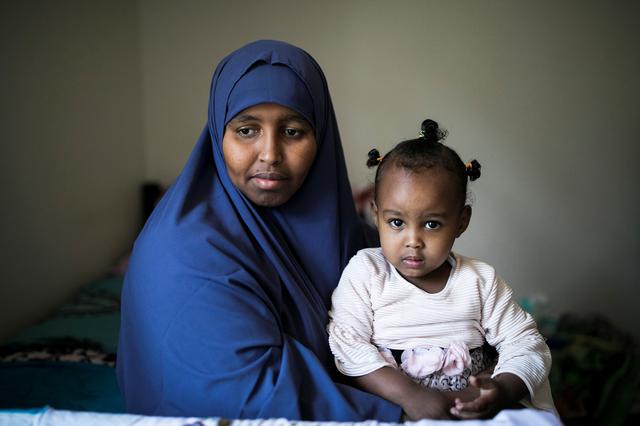 NEW YORK/KAMPALA (Reuters) – Somali refugee Ramlo Ali Noor will never be reunited with her 16-year-old son in her new home in Columbus, Ohio.

She had been waiting since applying to the U.S. government in 2015 to bring over her three boys from Uganda, but their cases faced hold-ups in refugee processing under the Trump administration. On Sept. 22, the youngest of the three teenagers – Abdiaziz – died suddenly from a brain infection.

Now Noor, 37, fears the window for her two surviving sons to make it into the United States is shrinking.

The U.S. government plans to slash the refugee ceiling to 18,000, its lowest since the modern refugee program began in 1980. More than half the places for refugees in the 2020 fiscal year are reserved for Iraqis, Central Americans and religious minorities, leaving only 7,500 for everyone else, according to a White House proposal. President Donald Trump has yet to finalize the refugee number for next year. 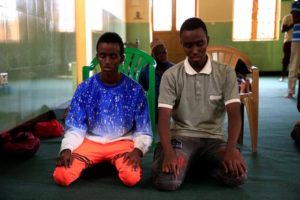 At the same time – as of this summer – nearly 30,000 refugees had passed resettlement interviews abroad with U.S. Citizenship and Immigration Services (USCIS). Of those, more than 8,800 had been approved for travel, according to a July 2, 2019 State Department report seen by Reuters.

Some of those approved in July have likely been resettled in recent months and the State Department said it could not comment on the current refugee admissions pipeline.

But immigrant advocates and former officials said it will now be impossible for all of the cases already far-along in the approval process to make it into the country this year.

Trump has made curbing legal and illegal immigration a priority. Shortly after taking office, he halved his predecessor Barack Obama’s plans to resettle 110,000 refugees in 2017 and has been whittling down the numbers ever since.

(For a graphic on refugee admissions see: tmsnrt.rs/2nUK6N4)

Explaining its latest cut, the administration said it must shift resources to processing a backlog of hundreds of thousands of asylum cases, mostly filed by Central American migrants arriving at the U.S.-Mexico border.

“The workload with the southern border has been immense in the last couple of years. And yet we are still getting to tens of thousands of asylum cases,” Ken Cuccinelli, the Acting director of USCIS, told reporters at the White House on Friday, after the refugee ceiling was announced.

But Barbara Strack, former chief of the Refugee Affairs Division at USCIS, who left the administration in early 2018, said that the low cap “is a policy-driven decision, not a resource-based decision.”

“These refugees who have already been interviewed and approved could travel to the U.S. over the next 12 months,” said Strack, since most of the administrative work on their cases has been completed. “The real issue here is this Administration’s desire for lower levels of legal immigration, and their hostility to refugees as part of that flow,” she said.

Noor’s sons are from a previous marriage and their father is not involved in their lives. She has been separated from them since 2010 when she left strife-torn Somalia for Malaysia, where she could apply for resettlement as a refugee with the United Nations.

Noor could only afford to travel alone, so left her children with two of their aunts in the hopes of reuniting when she found a new home.

Soon after Noor left, one of the aunts was killed and the other injured in a militant attack on a village south of Mogadishu, the boys said in an interview with Reuters and Noor swore in an affidavit to the U.S. government.

Once she was resettled in Ohio in 2015, she applied for her sons to join her. With a job as a home health aide, she was able to pay for them to move to Kampala, Uganda. But since passing a DNA test in 2016 to prove they were her sons, their cases have been stuck. In 2019, she received two requests for additional evidence to clarify inconsistencies in their applications, according to documents seen by Reuters.

Two days after her son Abdiaziz died, Noor received notice from USCIS that all three boys were found to be eligible for reunification pending further medical and security checks, and that their cases were being deferred, a USCIS document showed.

“At present, it is impossible to estimate how long it will take to make a determination in your case,” the notice said.

“I follow the news about what is happening,” Noor said in an interview through a translator, “and sometimes I hear that Somalia is one of the countries that has been banned, but there is so much up and down that all I can do is pray that they can come.” She has two daughters from another marriage now in Ohio, where she has rented a larger place in anticipation of her sons’ arrival.

Trump has said stricter standards are needed to vet refugees who potentially pose a security threat from entering the country. In July, he highlighted the arrests of two Somali refugees in Arizona who had sought to travel to Egypt to join Islamic State. “Get smart people!” he said on Twitter after describing the case.

Of the 15,600 Somalis in the refugee resettlement pipeline to the United States, only 91 had been approved for travel as of early July.

Soon after taking office, Trump issued a travel ban on several mostly Muslim-majority countries. In December 2017, the U.S. Supreme Court allowed a modified version of the ban against Somalia, Iran, Yemen, Libya, Syria, North Korea and some officials from Venezuela to take effect.

While the ban exempts refugees, those from all the banned countries except Venezuela have been subject to new security vetting procedures, including stricter screening extended to women and young boys. (For a Special Report on refugee screening see: reut.rs/2Ob6QAM)

In the 2017 fiscal year, which ended in September before the Supreme Court ruling, the U.S. government resettled 15,300 refugees from countries subject to the travel ban, according to State Department data. In 2019, only 899 refugees from those countries made it in.

Meanwhile, Noor’s sons, Abdirahman, 19, and Abdullahi, 18, live with an uncle in a cramped Kampala housing complex. Noor said the younger boy is so saddened by the loss of this brother that she fears he might commit suicide.

The other two boys are also following the news.

“We heard that Donald Trump said he doesn’t need many refugees,” Abdirahman said, sitting in front of the apartment where he lives. “I still have hope that I will meet mum.”