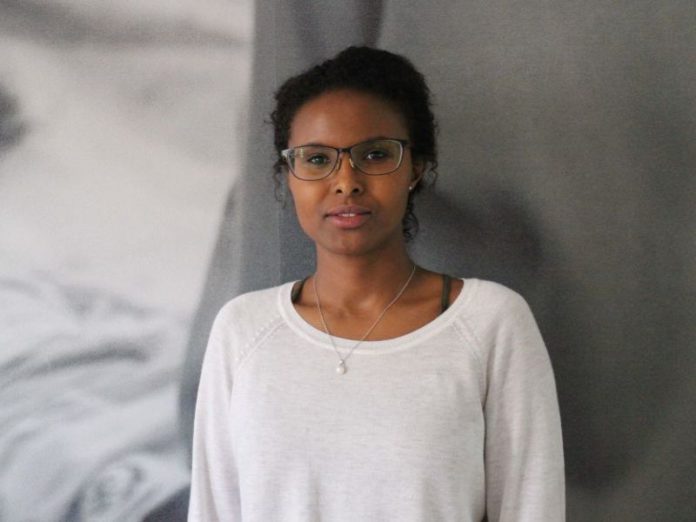 Medical care and providing assistance to refugees is a life-long passion for Dr Sohur Mire, a Somali-Swedish medical professional and board member of Doctors Without Borders (MSF) Southern Africa. This is her story.

In 1991, at age 14, Sohur and her twin sister, two brothers and their mother fled Mogadishu, Somalia when war engulfed the country.

Little did she know that 20 years later, she would return to her home country, only now as a medical doctor with MSF.

“We fled on the back of a lorry, packed like sardines and eventually came to a camp in neighbouring Ethiopia, only to be turned away and told that the camp was already over-crowded.

We were told we would be placed somewhere else, where a new refugee camp would be established with us as the first group of refugees,” Sohur says.

The Mire family stayed for six months, having to endure difficulties and the appalling condition the camp was in. The camp was hardly administered by anyone at the time.

“At the start of the war, for the initial waves of refugees fleeing, there wasn’t anything organised because people were frantically fleeing to different regions,” Sohur says.

The family continued their journey and eventually arriving in Sweden where they were granted refugees status, piecing their lives back together.

At age 17, Sohur – now enrolled in a high school in Malmö – came across news footage of a refugee camp while watching television one day. This was the day she found out about MSF.

“I saw images of refugees in a camp and thought: ‘Oh my God! This could have been the refugee camp I was in…’ I turned up the volume and a doctor was speaking about the health situation there.

Later I found out he was Dr Johan von Schreeb, the co-founder of MSF in Sweden,” Sohur recalls.

“At the time, I knew nothing about MSF or Johan, but that clip of five minutes spoke to me so much that I decided I want to be a doctor like him and do what he is doing. I searched through the Swedish telephone directory for MSF’s contact details but to no avail.

I ended up becoming a member of the Red Cross Youth and started working with refugees.”

This calling to serve refugees was present all through her years as a medical student.

Then in 2011, twenty years after being forced to flee Sohur finally returned to her country of origin this time working as a doctor with MSF focussing on intensive care patients, paediatrics and neonatal care at a hospital in the Somaliland region, affected by decades of war and food shortages.

“My refugee work started with me knowing that I wanted to serve people in need, vulnerable groups of society and to do so with MSF.”

Sohur completed another MSF assignment during 2013 in South Sudan working in an emergency room and treating malnutrition.

Since then she has devoted her energy and time on governance within MSF, serving on boards of directors and working on ensuring better quality of medical care, recruiting diaspora doctors and giving strategic guidance to the set-up of an MSF medical academy.