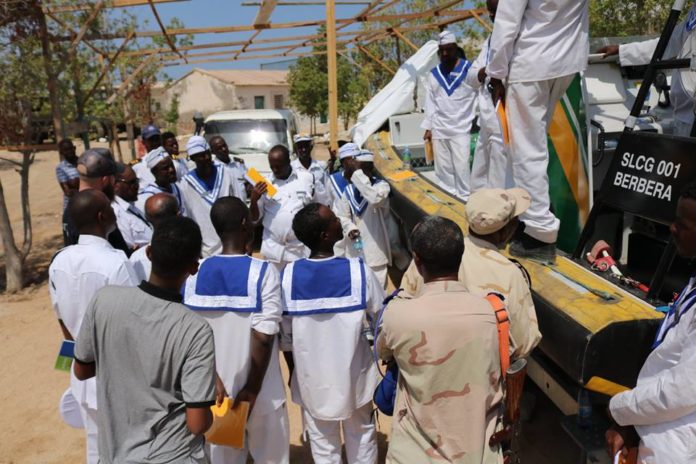 The country’s coastal guards arrested 22 Yemeni fishermen for trespassing and illegal fishing in Somaliland’s territorial waters.They were detained in Berbera, the provincial capital of Sahil. This was confirmed by Sahil regional coast guard chief, Hon. Harun Said Ali. They were on board on two small fishing boats. The regional coast guard chief said that once investigation is done then the detained Yemeni fishermen will be brought before the court. He sent stern warning to foreign fishermen who trespass into Somaliland territorial waters and fish illegally will be persecuted. Officials from the ministry of fishery lauded the coast guards for well done job.