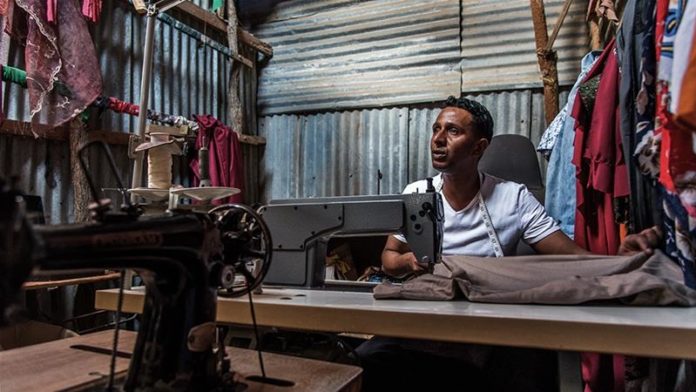 Thousands in Dadaab camp were ready to travel to the US and start new lives, but they were denied entry two years ago

Dadaab, Kenya – It is late-morning in Dadaab, the semi-arid refugee camp in northeast Kenya.

Abdirizak Salat, wearing a white T-shirt and blue jeans, removes a set of keys from his right pocket and bends down to open the iron sheet door to his tailoring shop.

“I am late for work today,” he tells his neighbour after exchanging greetings.

Salat cleans his shop, which is filled with clothes and three sewing machines, before his first customer arrives.

The 30-year-old is among the 26,000 Somali refugees living in Kenya, according to the UNHCR, who were ready to travel to the US before being stopped by an executive order signed by President Donald Trump in 2017.

Half of them had been interviewed by US officials while the others were to be interviewed by the State Department, with some 14,500 of them living in Dadaab, according to the United Nations High Commissioner for Refugees (UNHCR).

“I sold everything that I had because I was told that I passed all the vetting required for me to be resettled in the US. The news of the ban devastated me. I did not know where to start,” says Salat, a father of three who was two years old when his family came to this camp in 1992.

His resettlement process began in 2007. After 10 years of undergoing a series of interviews, security, medical and background checks, his case was finally approved for November 2016, when the US was preparing for presidential elections.

“I remember getting the news about my approval. I was so happy. I came back home and informed my parents and family. I knew my life was about to be better.”

I was told my travel has been suspended. I could not travel because of Trump’s ban. I felt devastated. I had sold everything I had because I knew my days in Dadaab were over. It was painful.

But the good news was short lived.

The ban suspended the US Refugee Admissions Program for four months and anyone coming from Iraq, Syria, Iran, Libya, Somalia, Sudan and Yemen.

Months after the order, lower courts in the country described the ban as unconstitutional, but, in June 2018, the US Supreme Court reversed the decision in a 5-4 conservative majority ruling.

Citing attacks, Trump promised voters during his election campaign to ban immigrants and refugees from Muslim-majority countries from entering.

His directive significantly lowered the number of refugee admissions to 50,000 from the 110,000 let in by the administration of former President Barack Obama.

“I was told my travel has been suspended. I could not travel because of Trump’s ban. I felt devastated. I had sold everything I had because I knew my days in Dadaab were over. It was painful,” says Salat. 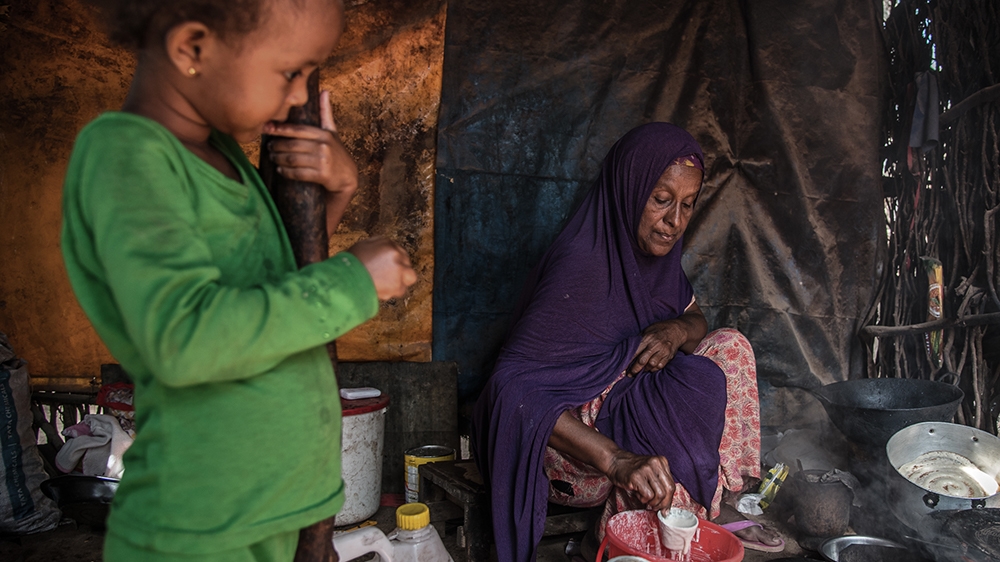 Asha Ali, 55, says one of her elder daughters became sick and depressed after being denied travel to the US [Lamek Orina/Al Jazeera]

In 1991, Somali President Mohamed Siad Barre was ousted by armed groups who took over the capital Mogadishu, and the country was thrown into conflict.

The UNHCR has registered about 900,000 Somali refugees in the Horn of Africa and Yemen. Millions are displaced in Somalia.

Fifty-five-year-old Asha Ali’s family is on the register.

Her second-born daughter, Saadia, became unwell and depressed after being informed she could not travel due to the travel ban.

“I am worried about my daughter. Since the ban took place over two years ago, she barely talks to anyone. Saadia was really looking forward to her future in the US but the news traumatised her,” Ali says, while making breakfast.

Saadia waited for years and was scheduled to travel in January 2017.

“She attempted to keep herself busy by looking for jobs here. This was hard since Kenyan authorities do not allow us to leave the camp,” says Ali, a mother of seven.

Under Kenyan law, refugees are prohibited from seeking employment and their movement is restricted to camps. This is despite the East African nation signing the 1951UN refugee convention, which goes against these restrictions. 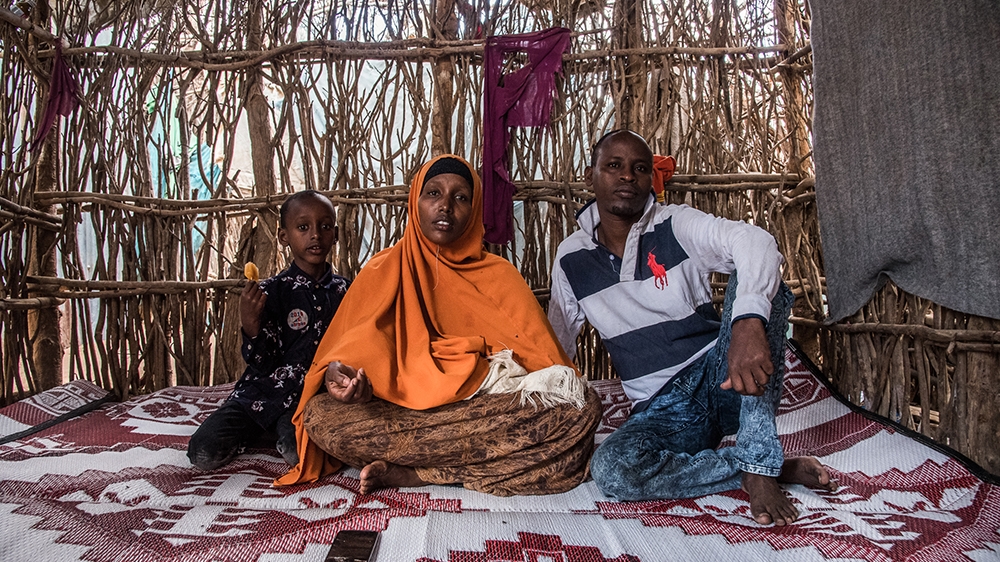 Binto Anshur, 30, arrived in Dadaab at two. She now has her own family and was scheduled to travel for the US in January 2017 [Lamek Orina/Al Jazeera]

Binto Anshur, 30, tried to venture into business in other parts of the country with no success. She arrived in the camp as a two-year-old.

Another victim of the US policy, Anshur was scheduled to travel just days before the ban.

“I wish the Kenyan government would give me a bit of freedom to work anywhere I wanted to. I am forced to do small businesses here which doesn’t improve my life and that of my children.

“It was a bad day for all of us. I did not know how to react. I have been selling dry food in the camp for years. Getting a chance to resettle would have changed [our lives].

“I am not allowed to freely move and work in Kenya. The US cancelled my resettlement option. My future is at stake.”

“This year’s refugee ceiling reflects the substantial increase in the number of individuals seeking asylum in our country, contributing to a massive backlog of outstanding asylum cases and greater public expense,” he said.

And earlier this year, Kenya said it would close down the Dadaab refugee camp.

Salat, a victim of both of these plans, earns about $80 a month from his tailoring business, not enough to support his family.

After his resettlement process was cancelled, his wife gave birth to two more children.

“It is natural for someone who has lived in such a refugee camp for close to three decades to feel pain. I cannot travel back to Somalia and life in this camp is unbearable. I hope things change in the US so that I can get another chance.” 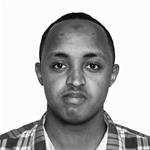 Osman Mohamed Osman is an independent journalist based in Kenya.