By Dr. Hussein Mohamed Nur
In comparison with most of Africa, Somaliland has accomplished the principles and tools of good governance and successful pluralistic democracy. Since its withdrawal from union with Somalia in 1991 Somaliland has made significant advances in attaining security and stability until it has earned being called as an ‘oasis of peace’ in a region beleaguered by conflicts and political instability.
Subsequently, elections pushed by principles of democracy have rather become an uncommon ritual. Somaliland has a good track record of conducting peaceful credible elections and peaceful power transfers.
Generally, elections form a core part of the common understanding and practice of democracy. In more than two decades of building democracy, elections have become the most critical action of conferring legitimacy to its government administrations in Somaliland. The democratic processes are never compromised and the credibility and legitimization of electoral practices in Somaliland form habitual methods and roots of electoral integrity. 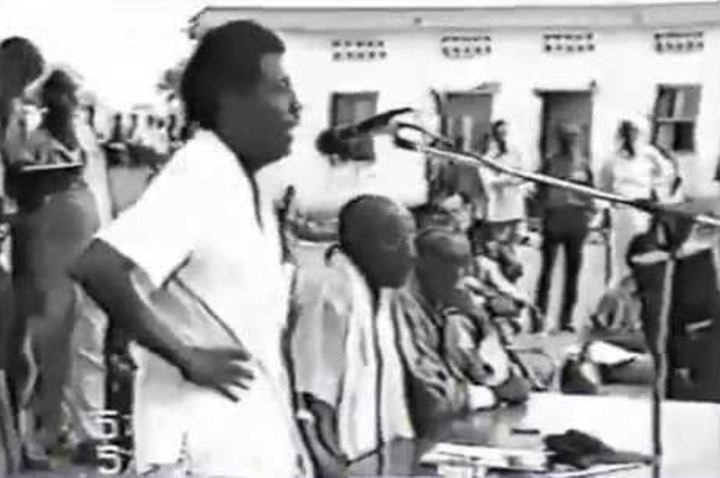 As Somaliland declared its sovereignty, independence and voluntarily withdrew from union with Somalia in the grand Burao conference in May 1991 Abdirahman Ahmed Ali (Tuur) and Hassan Essa Jama were elected as interim president and vice president respectively for a term of two years. At the end of President Ali’s term, Mohamed Ibrahim Egal (a veteran politician and statesman) was elected as the second president at the1993 memorable Borama peace and reconciliation conference in a peaceful transfer of power process. The Egal’s administration oversaw the establishment of a model government and the kickstart of post-war rehabilitation, reconstruction and development of the country. The SNM liberation front was officially disbanded as a political movement followed by a successful programme of demobilization of the SNM forces. 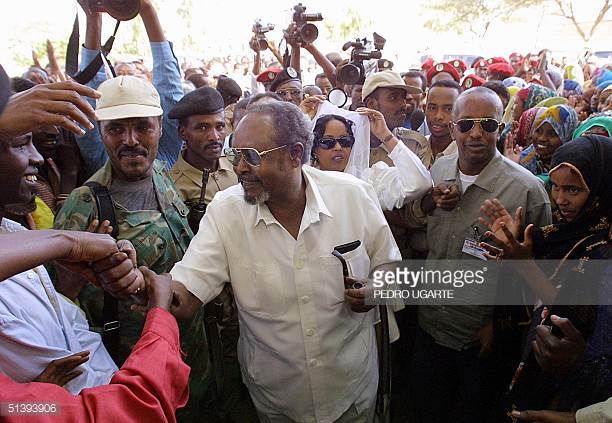 n 1997 an indirect non-partisan presidential election contested between Egal (the incumbent president), Suleiman Adan (a veteran politician) and Mohamed Hashi Elmi (a senior SNM leader/politician) was held in which Egal was re-elected as president by a majority (over 70%). 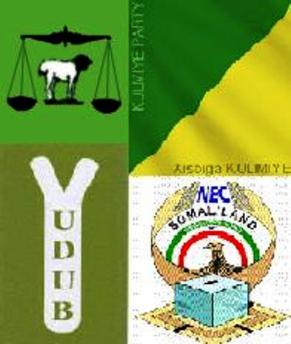 As political maturity in Somaliland progressed and developed during Egal’s term a significant progress democratization process was initiated and started with the 2001 constitutional referendum held as a plebiscite for revoking sovereignty from union with Somalia in which 97% of the public voted for. Until 2002 no political associations or national parties existed. An impressive list of polls has been recorded since 2003. The first political party, UDUB (Union of National Democratic Coalition Party) was formed by Egal. On 3rd May 2002 president died and Vice president, Dahir Rayale Kahin, took over the presidency to complete the term. Rayale chose Ahmed Yusuf Yassin as vice president. President Rayale immediately jumped onto the bandwagon of pluralism and a multi-party system. According to the constitution, only three political parties are allowed to prevail in the country at any one time but it (the constitution) also allows the formation of political associations to be registered and to compete for the top three national parties for a specific period. In line with that six political organizations (UDUB, UCID, ASAD, SAHAN, KULMIYE and HORMOOD) were registered on 15 December 2002 to compete for the top three national parties. UDUB, KULMIYE, and UCID were the first three that attracted sufficient support and, hence, became the three national parties.

The first DIRECT presidential election took place on 14 April 2003 and Dahir Rayale Kahin (the incumbent president) of UDUB party won the race. However, what remarkably earns to mention is that Ahmed Mohamed Mohamoud Sillanyo, the opposition candidate, was defeated by the slimmest and the narrowest majority (by just 80 votes) and conceded defeat, a phenomenon that has never been observed in the African continent which is an indication of how politically mature people and committed to Somaliland people are to democratic pluralism.
A parliamentary election, closely observed and monitored by international observers, and contested by the three existing national parties (UDUB, KULMIYE, and UCID) candidates took place on 25 September 2001 to elect members of the Lower House of the parliament ‘Golaha Wakiilada’. The Upper House or House of elders ‘Golaha Guurtida’ stands un-elected. 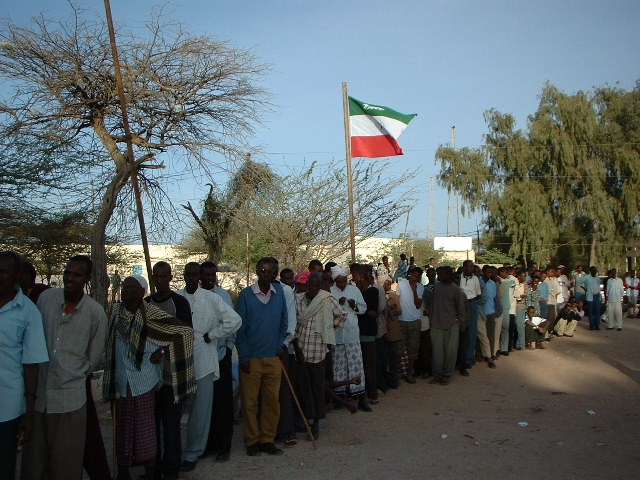 A second presidential election which was strongly contested was held on 26 June 2010. Ahmed Mohamed Mohamoud Sillanyo of the opposition party, Kulmiye, won the race by a majority (49.59%). The outgoing president, Rayale, gracefully conceded defeat and officially handed over the power to the newly elected president on 27 July 2010 in a peaceful fashion. This is interestingly rare experience in Africa. It also made the world envy. So far in mainland Africa, only three states (Benin, Senegal, and Zambia) had their incumbent presidents stood down after being defeated in elections) without violence or political disagreements.

As pluralistic democracy matured and gathered momentum, multi-party elections continued in Somaliland. In accordance with the 2011 electoral law, new political associations (UMMADDA, DALSAN, RAYS, WADANI and HAQSOOR) were officially registered to compete with the existing three political parties ((KULMIYE, UDUB, and UCID) to choose the three top national parties. KULMIYE, WADANI, and UCID succeeded to become the three national parties. On 28 November 2012, a local government election was held in which a total of 2,308 candidates from the three parties (including 140 women) contested for 379 seats. The election was witnessed by a 50-strong team of international observers coordinated by Steve Kibble (Progressio organization) and Michael Wallis (Department planning unit, UCL, University of London) together with Somaliland Focus and the international community that worked closely with the National Electoral Commission (NEC) to observe and monitor the elections. The election passed off largely in peace and Somaliland was congratulated for the lively and enthusiastic elections.

Another successful presidential election, the third presidential election (the sixth in a row) has been recently held (on 13 November 2017). This election has been the most dramatic one as it was different from the previous ones in a number of ways. A new technology (iris-recognition biometrics) was introduced replacing the old fingerprint biometrics voter registration system. That made Somaliland the most technologically sophisticated state in the African continent and in the world, to use iris-recognition technology. The technology was chosen because of its reliability, flexibility, and standardization. It also boosted the confidence and trust in its capacity to protect fraud and repeat voting. The election was preceded by a three-week campaign with a series of well-orchestrated rallies taken in turns by the contesting parties. The first-ever televised presidential debate in Africa has also held in which the candidates engaged in a town hall-style debate as the event was live–streamed from the capital, Hargeisa whereas the media openly covered and allowed to scrutinize the candidates’ policies and performances. 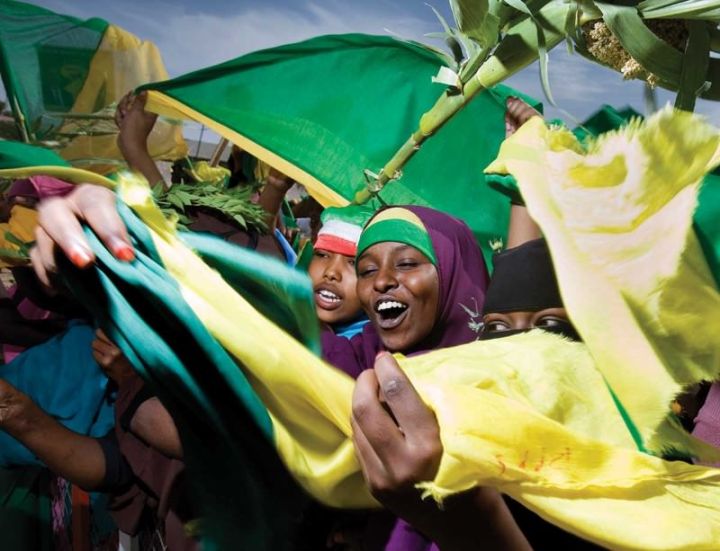 The election was interesting as it kindled an ecstatic and special attentiveness to the outside world due to the political maturity and the dynamics of democratic processes in the country. The international press and media covered the proceedings extensively to the extent the political pundits described Somaliland as the strongest democracy in Africa in general and in East Africa or the Horn region in particular. The election demonstrated strong commitment, responsibility and political maturity of the institutions, national political parties and the people of Somaliland. The election has proven mellowness of a vigorous democratic governance at work. The election has been observed by a 60-strong team of international observers from 27 countries together with international partners (UK, Denmark, USA, Belgium, Demark, Finland, the EU, France, Germany, Holland, Norway, Switzerland, and Sweden). On the day of the election, a high-level delegation from the international community and the international observers visited 350 polling stations in Hargeisa and witnessed the opening, the voting, the closing, and the tallying procedures at stations. The Chief Observer and the chairman of the international observers, Michael Wallis, praised and congratulated Somaliland for the smooth conduct of the voting and the peaceful manner in which the people exercised their rights to vote. The NEC has also been commended for their vital responsibility of managing and coordinating a peaceful conduct of the election. Musa Bihi Abdi and Abdirahman Abdillahi Saylici won with a majority (55.1%) as the president-elect and vice president respectively. The results have been acknowledged and accepted by the opposition candidates. 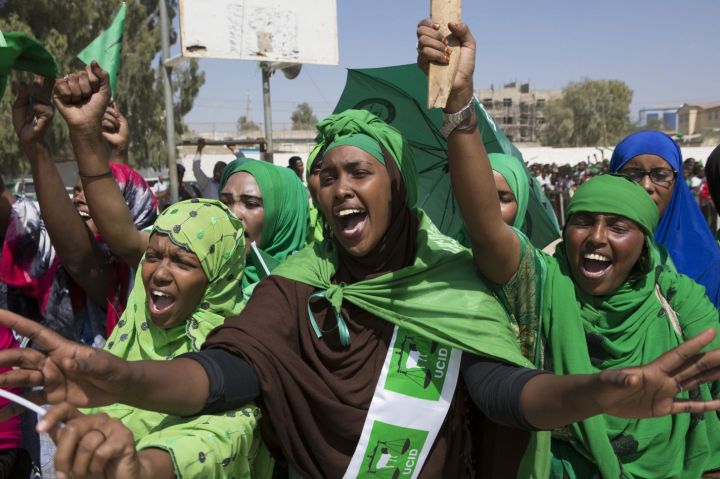 Elections are means to ends and this election strongly affirmed the consistent pattern in democratization and exposed Somaliland. The election has been fascinated by the outside world. It has taken a step further close to de jure recognition. For instance, the Scandinavians particularly Sweden, one of the first EU nations to recognize Palestine and one which has also been toying with the recognition of Western Sahara, has emerged with enthusiasm in eying on Somaliland’s independence and recognition in the near future. This election has acted as a major step forward as it has exposed an encouragingly positive signal to the rest of the world and that it could bolster a strong case for international recognition. 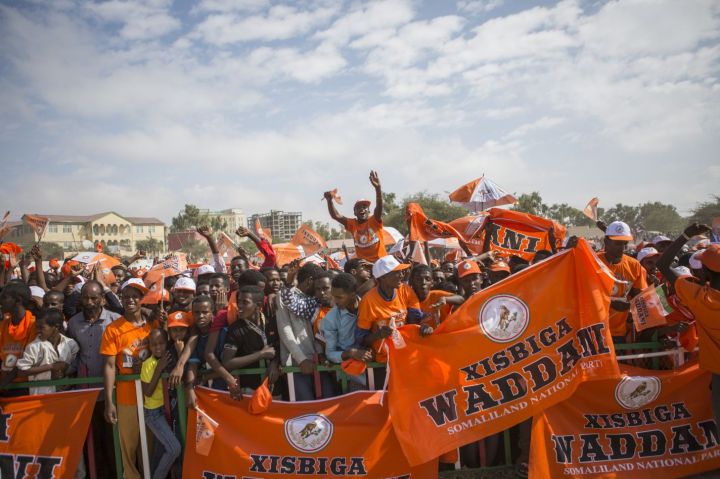