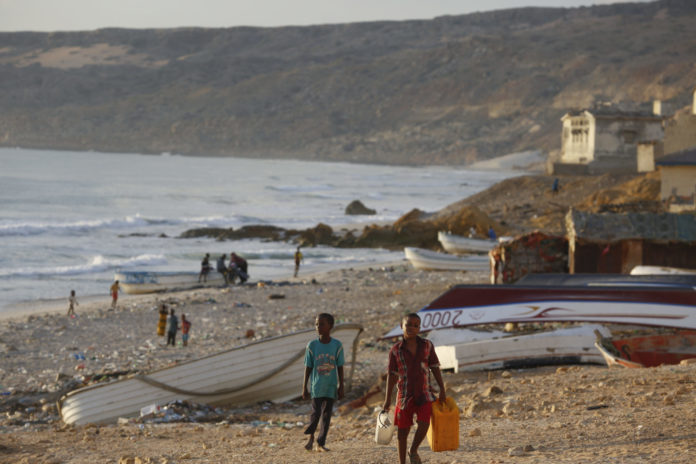 Conflict resolution, political dialogue and electoral support are as important as the current focus on security.

Somalia’s historic one-person-one vote election, scheduled for late 2020, looks set to be postponed. Electoral commission chair Halima Ismail told the country’s federal Parliament on 29 June that the much-anticipated polls could not be carried out in less than 13 months.

Given this dire situation, the African Union’s (AU) recent engagement in Somalia comes at a critical juncture. The Peace and Security Council (PSC) has discussed Somalia twice since the beginning of 2020. The meetings focused on the elections, the future of the African Union Mission in Somalia (Amisom), and the renewal of Amisom’s mandate for another nine months. The AU also held another high-level meeting with Somali stakeholders and key partners in April.

But to overcome the current political and security stalemate in the country, the AU’s role in Somalia must evolve beyond the counter-terrorism operations currently led by Amisom.

The AU should focus on conflict resolution to find a political solution to the crisis. This could include supporting outreach by the government, and community-level reconciliation, which would help counteract inter-clan conflicts as well as terrorist activities. The AU could also support efforts by Somali stakeholders to consider negotiations with al-Shabaab.

Relations between the federal government and the Puntland and Jubaland states especially have soured of late. At the centre of the dispute lies the federal system, which states claim has not led to a full devolution of power, including the administration of security forces, or the equitable sharing of resources.

Disagreements on key governance issues could further destabilise the country. These are the inclusiveness and transparency of the constitutional review process, the legislative process that led to the adoption of the new electoral law, and the universal suffrage voting system meant to replace the clan-based quota approach.

The announcement this week that the polls might only take place in a year’s time makes AU support even more necessary. According to Somalia’s electoral commission chair, the delay was due to ‘significant technical and security challenges.’

The current political and security context, as well as the Covid-19 pandemic, do indeed make for poor electoral conditions. But the delay ought to be discussed among the country’s political stakeholders so that it does not worsen existing tensions in the country.

The AU had been pushing for timely elections and called on international partners to mobilise resources to this end. It has provided training and technical support to the electoral commission and other stakeholders, but Covid-19 disrupted these activities. The AU has also called for dialogue between the federal government and regional states, but this has yet to take place.

Another area of support for the AU is the completion of Somalia’s constitutional review. The continental body can help ensure that a consultative national dialogue process takes place ahead of a referendum to adopt the constitution.

In collaboration with the United Nations (UN) and the Intergovernmental Authority on Development (IGAD), the AU can also help improve regional security. Rivalries and great power politics in the Horn could further destabilise Somalia.

Ethiopia and Kenya, both troop-contributors to Amisom, differ on Somali politics. They have accused one another of interfering in the internal politics of the country and of trying to influence elections in regional states such as Jubaland, which borders both states. There have also been allegations of troop movements from both countries outside the Amisom umbrella into Doolow town, heightening tensions along the border.

Relations between Kenya and Somalia are also tense as a result of their maritime border dispute. This worsened when heavy fighting between Somali government troops and forces loyal to Ahmed Madobe, the Governor of Jubaland, spilled across the Kenyan border.

In addition to support on conflict resolution, the electoral process and regional security, AU responses to terrorism in Somalia should continue. Al-Shabaab remains a significant threat to peace and stability. There have been repeated attacks on Amisom troops, and al-Shabaab has killed three governors from Mudug and Nugal, both in Puntland state, and the governor and mayor of Mogadishu since the beginning of 2020.

The impact of terrorism is worsened by Somalia’s protracted inter-clan conflict, which involves internal, regional and extra-regional dynamics. Links between clan affiliated militias established in response to growing insecurity, and the way al-Shabaab recruits and operates, require scrutiny of the nexus between inter-clan conflict and terrorism.

Continued instability undermines what Amisom has achieved since 2007. It also shows that military intervention alone cannot solve the security impasse. Successive Somali governments and the AU have mostly resisted the idea of political dialogue with al-Shabaab. But many civil society groups have been calling for talks as a non-military solution to the conflict.

Ultimately, the AU’s security and stability strategy for Somalia beyond 2021 should focus on finding a political solution to the crisis. A holistic conflict resolution strategy is needed that responds to the complex and interlinked conflict drivers, both nationally and in the region. DM