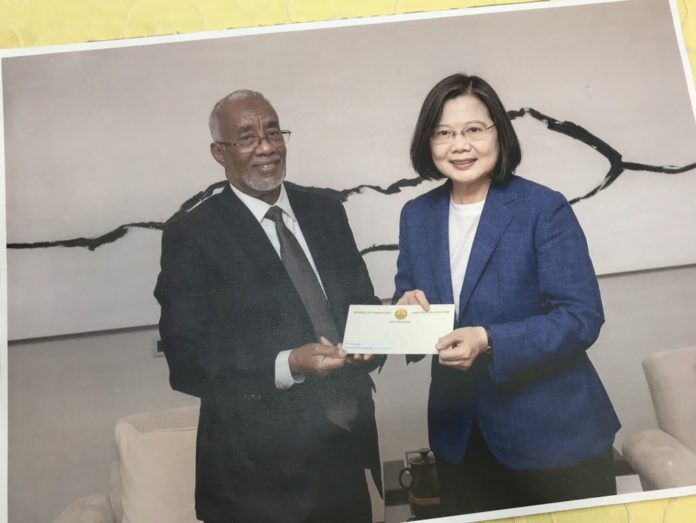 This is a step forward for Somaliland’s foreign policy and good news for the populace of the two states. Taiwan has officially confirmed that it will soon set up a representative office in Hargeisa, Somaliland. According to the ministry of foreign affairs of Taiwan, the two states have reached a bilateral agreement although they did not give much details on the deal.

They also said that they are thousand miles apart but share a deep seated love for freedom.

According to Taiwan media, President Musa Bihi Abdi of the republic of Somaliland will soon dispatch a representative to Taiwan in a bid to forge long term ties between the two states.

Somaliland representative will be tasked with the expansion of relations with Taiwan. Somaliland, Taiwan ties have been consolidated overtime. Many Taiwanese delegations have paid a courtesy call to Somaliland while Somaliland minister of foreign affairs & Int’l cooperation made a trip to Taiwan.

Taiwan started expanding ties with Somaliland earlier this year and has closely collaborated with a number of these ministries in construction, Science and Technical advances.

It was on Sunday June 28, when Taiwan sent medical equipment to Somaliland in a bid to curb against the deadly coronavirus. 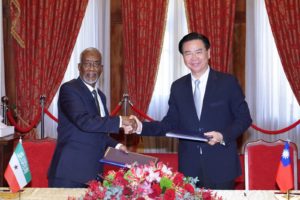 Somaliland government is injecting a lot of energy to take its recognition case as a state to the international community and this could be a major triumph despite the lack of recognition, Somaliland has close ties with foreign countries including US, UK and international organizations.

Currently Ethiopia, Djibouti and Turkey have diplomatic consulates which are up and running in Somaliland.

Somaliland, a self-declared state in East Africa with a nearly 3.5 million population, is yet to be recognized as a state by the international community.

However, the tiny state on the Horn of Africa has its own flag, parliament and currency.

A former colony of British empire, the Protectorate of Somaliland became fully independent on June 26, 1960. Following the independence of Somalia from Italy on July the same year, the two unified with each other.

Since 1991, Somaliland has been seeking international recognition as an independent state.

Somalia “does not recognize Somaliland’s breakaway status, and therefore maintains it is still part of Somalia’s territorial integrity, and that the Federal Government bases in Mogadishu therefore has authority over Somaliland as well,” Omar Mahmood, Somalia analyst for the International Crisis Group, told Anadolu Agency last month.