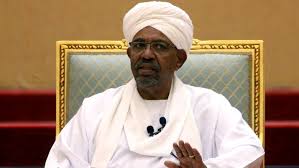 The source said that military intelligence had searched Bashir’s home and found suitcases loaded with more than $351,000 and six million euros, as well as five million Sudanese pounds.

“The chief public prosecutor… ordered the (former) president detained and quickly questioned in preparation to put him on trial,” a judicial source told Reuters.

“The public prosecution will question the former president in Kobar prison,” the source added. Bashir has not been questioned yet, said the source. Two of his brothers were also detained on allegations of corruption, the source said.

Relatives could not be immediately reached on Saturday for comment about the investigation.

Bashir, who is also being sought by the International Criminal Court (ICC) over allegations of genocide in the country’s western Darfur region, was ousted on April 11 by the military following months of protests against his rule and had been held at a presidential residence.