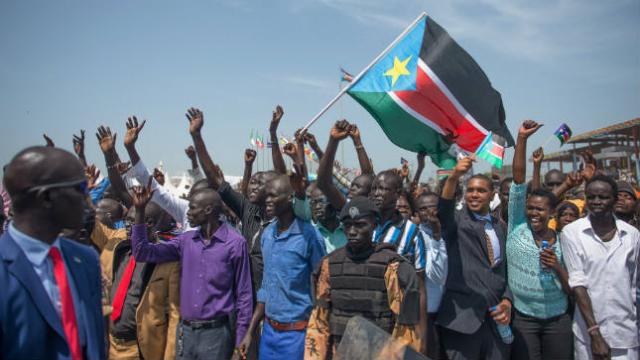 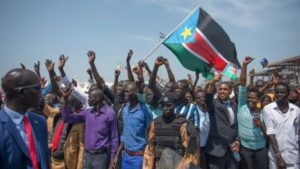 In its short, sad history as an independent country, South Sudan has known more years of war than peace. In the fight for independence, millions of lives were lost to civil war. Eventual freedom from Sudan came in 2011.

But only two and a half years after independence, a new civil war within South Sudan, sparked by competition among the country’s venal elite, collapsed the state and precipitated the exodus of a third of the population. Despite billions of dollars per year in aid, millions more are starving. Investigations by the United Nations, the African Union and others have documented repeated war crimes and crimes against humanity.

Seven years after independence, South Sudan’s warring political class finds itself back in Khartoum. Amidst its own ongoing economic crisis, the government of Sudan has seized the reins of a stuttering peace process, motivated by hopes its intervention would lead to greater oil revenue from South Sudan, which pays Khartoum to export its crude.

Through a mix of coercion and incentives, the Sudanese have overseen the signing of a series of vague, problematic and contradictory agreements. And now, Khartoum has set August 5 as the date for signature of a new peace agreement.

A year ago, I argued to a Senate Foreign Relations subcommittee that the troubled regional mediation process deserved another chance to succeed, and even if talks were ineffectual, could be of value if they served to contain the conflict. But the mediation’s potential has been largely wasted, and the conflict has instead metastasized.

While diplomats may argue that supporting even an imperfect mediation process is better than having no process at all, backing a flawed agreement that could incentivize the intensification of fighting is wrong: The proposed text returns power to the same discredited and corrupt politicians for another three-year term, without the necessary, viable reforms to resolve the country’s humanitarian, economic, or security predicaments.

An already factionalized and corrupt military elite will likely loot what is left of the country’s wealth, well aware that the proposed security and governance arrangements are likely to fail. And those left out of the deal may now see violent overthrow of the government as the only available recourse.

While the White House has rightly voiced concern about the direction of the current peace process, most of the international community, including African states, the UK, the European Union and China remain supportive of the Khartoum talks.

More must be done by the United States to convince its allies and other friends of South Sudan that any agreement, should, at minimum, not make things any worse. If not corrected, certain provisions in the agreement may directly spur new violence.

The deal sets up ambiguous security arrangements in the capital, Juba, where the conflict started in 2013 and where an earlier transitional government collapsed in 2016; calls for the prohibitively expensive, unrealistic cantonment of hundreds of thousands of men, which will be inevitably partial, selective and inequitable, becoming a cause for further rivalry and new militia recruitment; and, sets a false timetable for the unification of a badly fractured security sector, which could easily lead to military disintegration. Any of these factors could set off new rounds of conflict that could endure for years to come.

In the interests of a genuine peace and an end to the suffering of millions of South Sudanese, the United States should also urgently use its leverage with the government of Sudan. Khartoum desires normalization of its relationship with Washington and is therefore receptive to American concerns. But these concerns need to be explicitly conveyed, with alternative options advocated, particularly on the security arrangements. Acknowledging that the peace process needs a re-think and look beyond power-sharing to new models of governance, would be the next step.

The United States is right to be frustrated at the protracted intransigence of the South Sudanese elites who have continued this war, and at the limitations of the regional peace process. But frustration will not stop the grave risks of an irrevocably flawed agreement. Urgent action to change course is required.