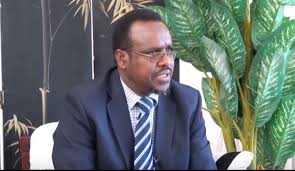 HARGEISA– Somaliland government has warned on Tuesday Puntland authority to refrain from any acts of meddling the internal affairs of the eastern regions in Somaliland. The minister in charge of water resources, Hon. Sulieman Ali Kore has acused of Puntland claiming the ownership of the eastern regions. The minister has stated firmly that men and women in uniform are ready to secure its borders and has further sent stern warning that Puntland should refrain from instigating skirmishes between the two forces. He advised that Puntland should develop its regions rather than claiming territory in Somaliland. Mr. Koore has stressed ways to engage in brotherly manners where peace is must to prevail. Somaliland has established schools, clinics and police stations since it has taken control of Tukaraq. Residents have welcomed the development and the minister reiterated that other projects will be carried out.