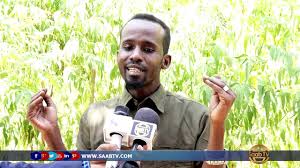 He said the objective is to prevent Ramaah from running for the parliament in the upcoming Somaliland election. That is convicting him in a court of law which disqualifies people from running to elected offices.

“Mr. Ramaah is in captivity because of fears he will become an opposition member of the parliament. They want to convict him in court to block him from running to parliament. That is cowardice.”

Mr. Balaki said the government will fail in its efforts to find him guilty Mr. Ramaah of the charges that he is accused of.

He argued that the president Bihi himself campaigned on the same statements that Mr. Ramaah is held in detention for.

The deputy interior secretary of Wadani party has traded accusations against the gov’t of Somaliland using excessive powers and might of the national army against the opposition parties.

He said the proper thing to utilize is the army for national defense especially in the eastern remote provinces in Somaliland border.

He was charged of sedition and propagating of fake reports against government agencies and defamation of House of Reps speaker, Bashe Mohamed Farah.

The House of Reps speaker had dismissed the defamation charges that he lodged at the persecutor general.

However the persecutor’s office kept Ramaah’s name in the charges sheet. 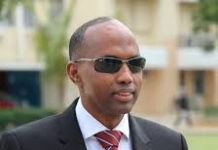 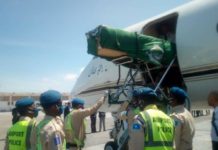