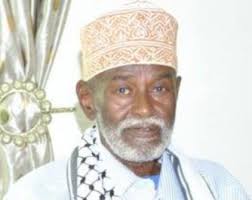 Sultan Mohamed Abdikadir said Musa Bihi should not intimidate and harass the men he defeated in the last presidential polls.

He said it was inconceivable that the president jails a presidential contender.

The Sultan was referring to widely speculated rumors of lawsuit brought by the family of President Bihi against the leader of Justice and Welfare party.

The Interior Secretary of Justice and Welfare party, UCID, is being held behind bars for akin charges brought by the speaker of the House of Reps.

Although the speaker dismissed the defamation charges he lodged, Mr. Ramaah is still languishing in captivity for ten days.

In his statement, Sultan Mohamed emphasized the opposition parties have the right to scathingly revile the gov’t.

He also called upon the release of detained opposition official Mr. Ramaah.

The leader of Somaliland UCID party, Faisal Ali Warabe is out of the country and when asked about the lawsuit against him, he responded that he is not officially aware of it.

Last year more than 89 people arrested on the grounds of freedom of speech by the current leadership under President Bihi which revealed that the current government has a zero tolerance policy towards the freedom of expression.

The independent Human Rights Organization based in Hargeisa has made the report.