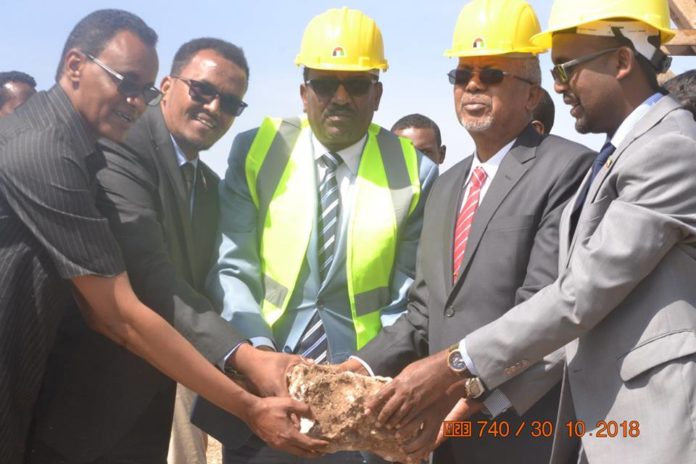 The Vice President, H.E Abdirahman Abdilahi Ismail a.k.a “Sayli’i” has laid the foundation stone of a project which will be funded by the ministry in charge of agricultural development in Somaliland and which will be implemented in parts Gebiley province.

The project is expected to be implemented with funds worth of 10 million US dollars donated by German Development Bank (GDB). The ceremony saw the attendance of the minister of agriculture, Gebiley governor and the officer in charge for the agriculture ministry for the implementation of the project. The main gist behind the project is to establish water catchments and soil accretion of major farms in Gebiley region.

It is said that the mission is to prevent further soil erosion to happen in the farming areas in Gebiley province. The minister for agriculture, Hon. Ahmed Mumin Seed, has expressed thanks to the German development bank for the generous donation of the 10 million US dollars which will be carried out for the project. The project which will be successful will improve crop production in Somaliland. Hon. Sayli’i, Somaliland deputy president has reiterated that he is happy with the donation of the money from the German bank.