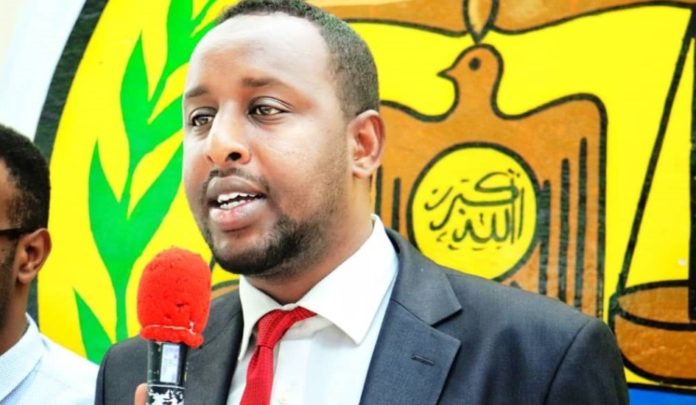 Hargeisa-The Director-General of Somaliland’s Ministry of Transport and Road Development in a press conference in his office said that they have banned all school buses with doors on the wrong side from carrying students and have given them one month to change the doors to the right side.

The ministerial decree regarding the ban of all school buses with the door on the wrong side was due to be implemented within a period of one (25 Nov 2019) as directed by the former minister of education in which he informed all schools to implement.

The director-general continued: “On the basis of this, we had an appointment here today with the heads of 153 schools that the Ministry of Education has transferred to the authorities to discuss the matter but since the public meeting was canceled on the orders of the National Coronovirus control committee. We decided to have separate meetings with each school headmaster during the course of this month regarding the issue school buses with the door on the wrong side which they must relace all doors on the wrong side as set by the regulations of the ministry of transport and roads.

Those school buses stop on the wrong side of the road (two-way roads) to pick the kids. Kids may run into the oncoming traffic from either side which resulted in school kids being killed or injured by other vehicles. We urge all school bus operators to compile with the Ministerial road safety regulation and change their doors during the one month school holiday. The Ministry of transport will cooperate with the Traffic police in enforcing the law as in accordance with the road safety act NO 56 2016.