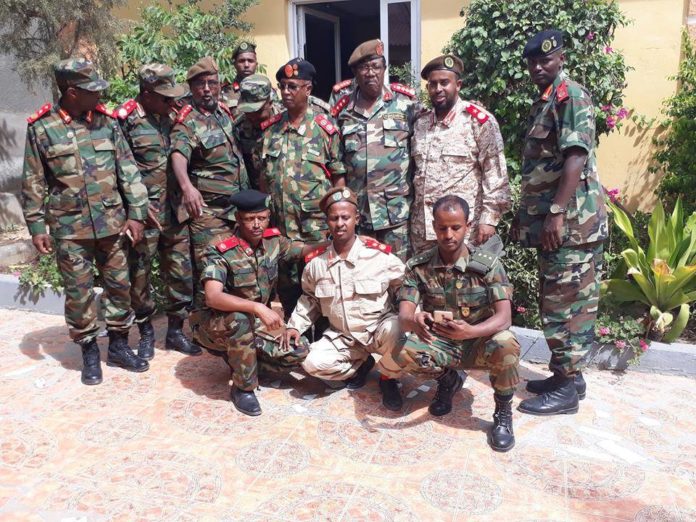 Commander in-Chief of Somaliland Defense Forces President Musa Bihi Abdi has promoted eight Senior Lieutenant colonels of the armed forces of Somaliland. President Bihi has delegated the responsibility of promoting The officers consisting of doctors and senior military officers to the chief of staff, Brigadier General Nuh Tani. The Armed chief has presented the new ranks to the military officers after they have been elevated to senior ranks.

The names of elevated military officers are as below:-