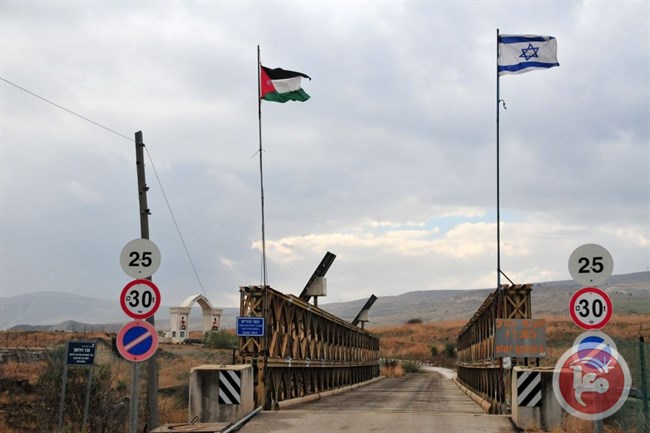 AMMAN (Ma’an) — Jordanian King Abdullah II informed Israel, on Sunday, that he will not renew two annexes of the 1994 peace treaty between Israel and Jordan concerning territory leased to Israel.

The territories in question are al-Baqura and al-Ghamr, which are also known as Naharyaim and Zofar in the Hebrew language.
King Abdullah II posted a tweet on his Twitter account, which read “Baqura and Ghamr areas have always been our top priority and our decision is to end Article 2 of Annexes I (b) of the Jordan-Israel Peace Treaty emanating from our keenness to take whatever is necessary for Jordan and Jordanians.”
Israel leased the land for 25 years upon the signing of the peace treaty and the deadline for renewing leases of the treaty is this upcoming Thursday.
Due to the deadline for renewal approaching, King Abdullah II has faced ongoing pressure from the Jordanian parliament not to renew the leases and to return the territory to full Jordanian sovereignty.
It is noteworthy that 87 lawmakers have also signed a petition regarding the issue.
Last week, mass demonstrations took place in Amman, as well as social media campaigns demanding that Jordan reclaim sovereignty over Baqura and Ghamr, with slogans such as “The people want national honor” and “The story is about national sovereignty.”
Several demonstrators also demanded Jordan to cancel the entire peace treaty with Israel.