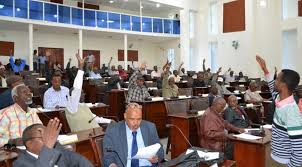 The parliament of Somaliland has nullified heavy taxes that certain ministries have imposed on. The house of national assembly committee in charge of economy has announced the cancellation of the taxes which are not in line with country’s constitutional laws.

The chairman of parliament committee in charge of economy, Hon. Omar Sanweyne has said that the ministries that they have nullified their taxes include the ministries of environment, transport, posts and telecommunication, water resources, information, animal husbandry,

The parliament has reached out to the minister in charge of finance to sort out their difference and remove the illegal taxes levied against the citizens.