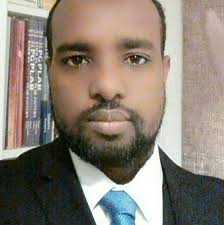 I am a firm believer in a tolerant and open society where everyone is capable of expressing their opinions and ideas about any issue freely without fear or hindrance. in a free environment, democracy flourishes, corruption and incompetence are put under the prism and accountability is cemented.

A confident, daring and well-informed citizen can fight for his/her rights, can stand up to an arrogant and despotic ruler, and can protect the founding principles of his/her nation by building bridges of understanding and cooperation with fellow citizens. A free citizen can be creative in his/her field of expertise by exploring new things, innovating new solutions for existing problems, and can explore possible answers for potential obstacles. A free individual can contribute productively to the development of his/her country. Freedom is for society as oxygen is for life.

That is my belief and can’t endorse any kind of censoring or suppression on any individual so long his freedom of expression do not infringe on others freedoms or put social cohesion and stability, blatantly, at jeopardy.

Having said that, these days two very experienced and educated scholars are putting forward an argument about the inclusivity of Somaliland state for all of its citizens. They questioned, with considerable scepticism, the core principles that represent the essence of Somaliland’s existence and the cohesive force that holds its people together. The narrative that they are promoting, which is based on the assumption that the state is, somehow, hijacked by an aggrandising segment of the society and the rest are suffering from neglect, deprivation and under-development is hugely toxic, misleading and divisive.

The two professors, with their long and remarkable trail of an anti-Somaliland campaign, their perpetually hostile and destabilising opposition – not to the way the country was being run but to the very idea of its existence- have finally come back to their home country. They were received with tremendous love and adoration; it was a subtle message of forgiveness from the kind-hearted masses and assumed contrition from the two scholars. “Let us forget the past and start a new page” that was the overwhelming response to their arrival.

However, their continued divisive argument abolishes that optimistic attitude to their arrival. It is clear that the two professors have bent on resuming-after a short break- their longtime objection to Somaliland’s existence (this time from inside). And they should be free to present their theory to the public, however poisonous and dangerous it is, meanwhile, it is on the many intellectuals, scholars and young men and women to bravely counter the duo’s self-prophesied narrative.

We must admit that no governing system has ever reached perfection, that states are growing entities and their renovations never cease, and expectedly, we have many mistakes to correct, many lessons to learn. But, also we have achieved a plethora of significant accomplishments to be proud of, we came from the point of no existence to an admirable, reasonably functioning state which we can be built on our dreams for better tomorrow and a prosperous future for the next generation.

Any debate, with all the oratory elegance one can master, to put doubts into the truth of Somaliland’s success has to be faced with fierce and unapologetic scorn. Any divisive theorising under the pretext of free speech to sow the seeds of hatred and segregation among the citizens of our country must be refuted with evidence, invalidated by exposing its many pitfalls, weakness and contradictions.

Inclusive and comprehensive alternative solutions must be formulated for the few social and institutional challenges that they are trying so hard to capitalise on. Initiating that multifaceted act is the duty of the government and its concerned agencies, and secondly, all the well-informed citizens must engage positively with a constructive, nation-building debate which ensures that the Duo should not be left unchallenged, airing their renewed disdain for Somaliland. 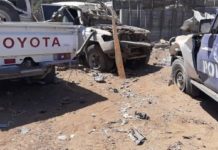 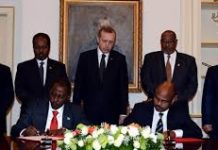 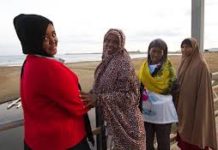 Shabab militants from Somalia may have received help from Kenyans for...

Somalia: Another difficult year for journalists amidst media repression in 2019

EU & Federal Government of Somalia sign agreement on status of...

Election is a process based on rules & regulations while their...