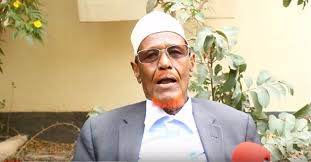 A member of Somaliland’s Upper House of parliament-Guurti has announced that Somaliland is considering to change its name in a bid to gain an international recognition from the world.

The MP’s Mr. Mohamud Mohamed Yasin aka “Dheeg” has asserted that plans underway for the SL to reconsider to take another name so that it would be easy for the country to get its long awaited recognition from the international community.

The parliamentarian said that Somalia bears an ill will against Somaliland due to the Somali name.

The MP has strongly protested against the newly nominated national reconciliation committee named by the Villa Somali leader in order to bring the two sides closer and pave the way for the resumption of stalled talks.

The parliamentarian has said that Somaliland won’t open talks with Somalia unless a broad based gov that is democratically elected by Southern Somalis assume the office of Villa Somalia.

The MP has stated that the current Villa Somalia leader is harboring animosity against Somaliland populace.

Mr. Dheeg has protested against the inclusion of members of the committee that hail from Somaliland and added that Somaliland won’t talk to these people.

He said that from day one once Farmajo assumed the presidency, he launched an unprecedented attacks against Somaliland in retaliation over Somaliland people who toppled Siyad Barre regime from power in 1991.

He asserted that a motion for changing the country’s name should be tabled in the parliament which he blames for lack of recognition from the world.