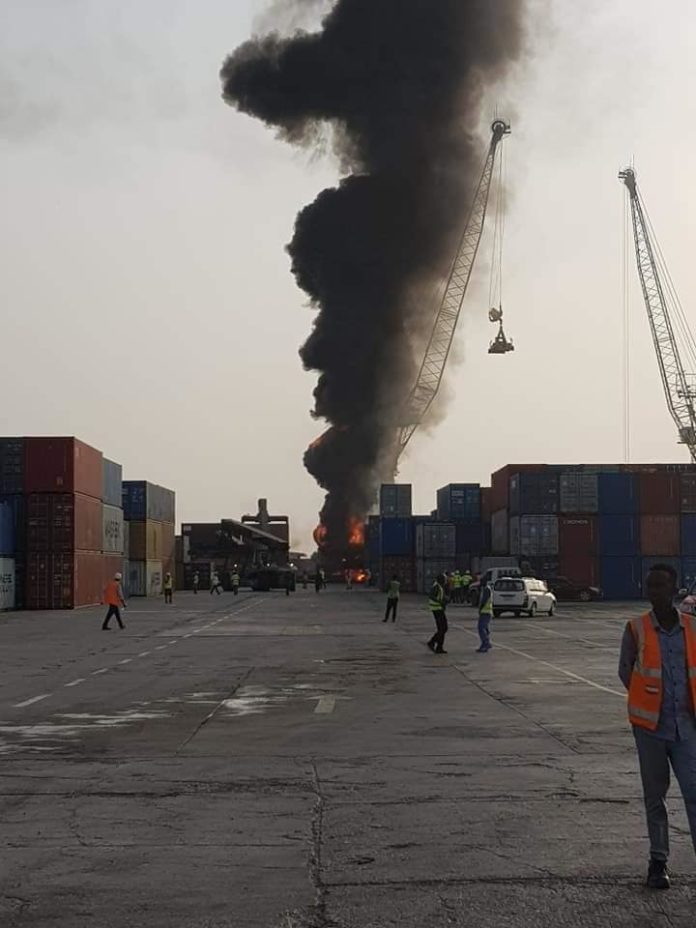 A crane was damaged after it went into flames while loading cargo at Berber port on Thursday. Reports coming from Berbera indicate that crane that caught the fire was among the cranes that the president of Somaliland recently unveiled and was brought to the port by Dubai Ports World. There is a growing fear that the blaze at the port could spread and may damage the rest of port containers. It is reported that the port does not have its own fire fighter vehicles. The crane which was bought at around 4 million US dollars is said to have been reduced to ashes. Rescue teams led by Berbera Fire fighter brigade have started to extinguish the blaze. However, no casualties were reported. 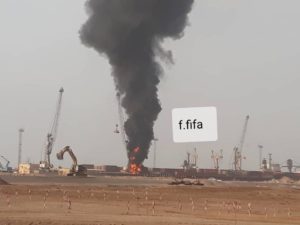 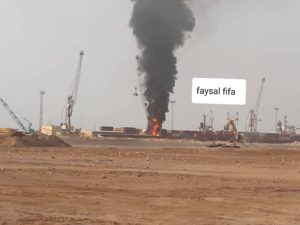 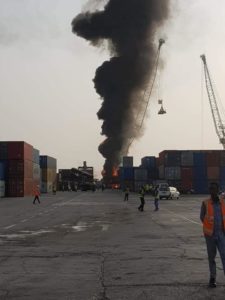