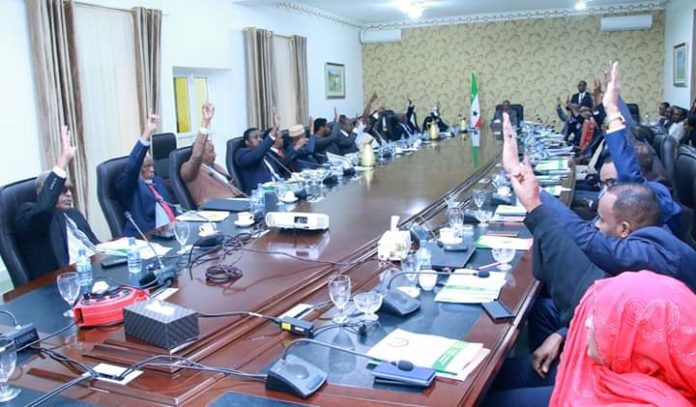 Somaliland Council of ministers on Sunday have passed a draft bill to allocate 2,751,304,880,098 Somaliland Shillings for next years national budget 2020.

According to the ministry of finance which presented the bill stated that the budget has increased by 18 percent in comparison to the previous budget.

The budget passed by the council of ministers have allocated most of it to security, quest for Somaliland re recognition, healthcare improvement, water, education, elections, protection of the environment and wildlife, agricultural production and fishing, minerals and energy.

Most of the meager revenues, the government is expected to generate from taxes paid by the citizens which is in line with the SNDPII and the ruling Kulmiye party promises during 2017 election.

The sitting president having presided over the meeting saw that the ministers have approved the budget with unanimous vote.