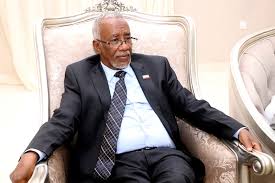 There are a number of countries that have shown their keenness to see the resumption of the stranded dialogue between Somaliland and Somalia.

This was disclosed by SL’s FM, Mr. Yasin Faraton.

SL’s FM has reiterated that SL is an independent de facto, and at the same time the Federal govt of Somalia is ignoring the reality on the ground.

He said that Somalia’s govt is faced with political crisis at the moment.

The FM has rejected the proposal of Somalia’s reunification which is jointly spearheaded by Ethiopian PM Abi Ahmed along with US ambassador to Somalia, Donald Yamamoto.

The Joint Ethiopian-US efforts have recently emerged which is eager to implement the plan.

Mr. Faraton has clearly stated that SL is not ready to have a dialogue which is aimed at uniting Somaliland with Somalia, but believes on the contrary, which is to participate talks which would lead the two sides to secede and pave the way for Somaliland to gain the long-awaited recognition from the world.

Yasin said: ” There are number of countries that  are interested to see Somaliland and Somalia to come to the negotiation table. The Villa Somalia leaders who are encountered in a political quagmire are ignoring the reality. We are a country, a government and a populace that have decided on their destiny. We are guided by our wills and we are ready to convince each and everybody. We have forged close ties with the UN, AU, EU, the Arab League, and the US. The statement made by Somaliland president is the fact. We have broken away from Somalia.”

Faraton said:  “Somaliland will discuss with Somalia to be two states that will live side by side in peace and tranquility. We are committed to convince that we are a state. We should be honored as a country, a people and a government.”