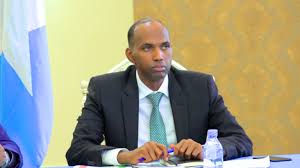 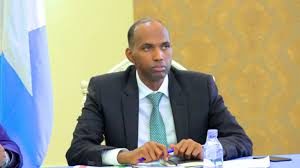 The Common Market for Eastern and Southern Africa (COMESA) is a free trade zone with 21 member states, extending from Tunisia to Swaziland. COMESA was formed in 1994, replacing a preferential trade bloc that had existed since 1981. COMESA’s member states include Burundi, the Comoros Islands, the Democratic Republic of Congo (DRC), Djibouti, Egypt, Eritrea, Ethiopia, Kenya, Libya, Madagascar, Malawi, Mauritius, Rwanda, Seychelles, Somalia, Sudan, Swaziland, Tunisia, Uganda, Zambia and Zimbabwe.COMESA is Africa’s largest economic community with a total population of more than 454 million and an estimated GDP of about $496 billion. The mission of COMESA is to eliminate all barriers of trade between member states, apply the same customs duties to countries outside the bloc, and also promote free labor movement within member states. In June 2018 the membership applications of Tunisia and Somalia were accepted after a long pursuance. The fact is that some countries benefit from being in such blocs while others lose. Some countries are industrialized and competitive in such markets while others, such as Somalia, with a weak and fragile economy, will eventually suffer.

Here are the reasons why Somalia’s return to COMESA was a bad decision at this time of political and economic turmoil in the country:First is the inadequate local production by weak and noncompetitive domestic producers. After the public economic system of Somalia had collapsed, a small number of businesses survived, resisted and were retained in the country while other private businesses were newly established. Those companies are the only sources of employment in Somalia, and provide employment to the majority of the working population in the country. Instead of protecting such domestic companies from foreign competition, the government of Somalia decided to put those vital domestic companies in danger with its return to COMESA.International competition is good sometimes as it can increase the efficiency and the productivity of domestic companies. But that is when the domestic businesses are strong enough to compete with foreign companies. Also, this can be achieved when the government is providing the required services and subsidies to domestic companies, to motivate and help them become competitive, at least at the local market level.

Tunisia and Somalia were granted membership on the same day. Comparing the two countries and why they worked very hard for their membership we see that Tunisia is a country with natural resources including oil and gas and is looking for markets to sell to. That is why they were striving to find themselves in this free trade bloc that allows them to export its oil to all member states in the bloc without any tariffs or encountering any other barriers.

The question is this: what is Somalia going to put on the table to benefit economically from the bloc? Livestock exports? Of course, the answer is no. Despite Somalia’s GDP’s sole dependence on agriculture and livestock, Somalia relies on more imported food than domestically produced.

The second fact is that it will fuel the import of khat, a flower plant particularly grown in the horn of Africa. The foreign aid from international donors and remittances from Somali migrant workers abroad are the two major ways in which Somalia gets hard currency, a part of which was used to somewhat revive Somalia’s economy. Otherwise, the economy would have completely collapsed long ago. Unfortunately, a large portion of that money goes to Kenya and Ethiopia in cash for khat, a drug which is widely used in Somalia. Instead, this money that is exchanged for khat could have been invested in the country, created jobs and contributed to the growth and development of the country.

Today, although it is not as it was required, a small number of tariffs exist on khat. But, still, it is revenue generated by the government. So, imagine if khat is exempted from taxable commodities. Instead of that, it is better for Somalis to totally stop and reject the decision of the government to rejoin COMESA. Otherwise, the number of khat addicts will double, too much money will be lost and ultimately the already suffering economy of Somalia will be very hard to revive again. Kenya, the biggest khat exporter, is already in the bloc and ready to dump khat in Somalia, which is trying to take advantage of the bloc, as there are no barriers to trade.

Thirdly, it is the brain drain and increased unemployment. Amazingly, most of the Somalis are optimistic and positive about the issue saying the bloc will allow them to move freely to other member states such as Kenya and Uganda where a large number of Somali businessmen are operating. So, Somalis will be allowed entry into those countries, invest in their economies and establish businesses there without visas or any other entry requirements. But they don’t think beyond that and the possible negative consequences it may have in the future.

Yes, the bloc encourages the free movement of goods and people but the matter is not as easy as it appears to many Somalis. In this case, those economically and politically stable countries will have the advantage of attracting as much skilled labor and entrepreneurs as they can, to promote their growth and job creation in their local economies. On the contrary, countries like Somalia, where there are political uncertainties, insecurity and a very fragile economy will not be in the position to capitalize on this free trade treaty.

After the public sector of the economy had collapsed, the private sector remained as the only sector in the country for decades and has absorbed a massive number of the working population. Despite insecurity and harsh challenges, the private sector has been resilient and continues to create jobs for the youth which represents 75 percent of the whole population of Somalia. The fact is that private businesses in Somalia are serving in harsh and challenging conditions of insecurity, lack of supporting infrastructure such as roads and so on. So, as soon as they are allowed the right to establish businesses in neighboring countries such as Kenya, Ethiopia and Uganda, they will certainly choose to do so and move to those countries where they can get stability and other support facilities and services.

By the way, it is good for Somali private businesses to work in a stable environment and serve the people who have a higher purchasing power than back home. But, we have to keep in mind that those private businesses employ a large number of Somalis. As they leave home, unemployment will increase drastically. At the same time, skilled labor will also leave home; current and upcoming Somali entrepreneurs will do the same and in that way, the brain drain will be inevitable in this dear country, which has been suffering for decades from poverty and hunger. What Somalia needs is to recover from hunger, insecurity and its economy to be revived as well, not to initiate reckless policies that might do more harm than good.